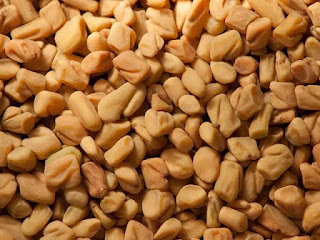 What is Fenugreek in Yoruba? You asked. What is the seed used for? Does it work?

Well, if you have heard about the wonders of Fenugreek seeds and is interested in knowing what it is locally called, this is the right page for you.

You will also learn the common uses of the seed in Nigeria and several other countries out there.

Fenugreek is a medicinal plant similar to soy. It is grown in several parts of the world. Especially in the Mediterranean region, Asia, southern Europe and West Africa.

In different parts of the world where it is planted, the seed is also known locally as “Methi”

The plant contains some nutrients which are very beneficial to health. This why today it is available in many forms: oil, seeds and powder. We’ll learn more of these nutrients and benefits as we proceed.

Also Read: What is Ginseng called in Nigerian languages?

What is Fenugreek in Yoruba language?

Fenugreek is called “Eru” in Yoruba, one of the major languages spoken in Nigeria. This is the most popular local name for the seed in the country.

You can also refer to it by its English name if you find it difficult pronouncing Eru. Most persons will definitely know what you are talking about, especially the educated ones.

If you are outside the Yoruba speaking areas, it’s best you also learn what it is called in other Nigerian languages too.

In Hausa language, Fenugreek is known as “Kimba”.

What Is Fenugreek Used For?

The herb is mostly used in the treatment of poor libido as it is known to increase the sexual drive of both men and women.

Fenugreek seeds are also used in boosting the production of milk in lactating mothers.

Couples struggling with their sexual life will find it very helpful to consume the seeds from time to time. It is one of the very few natural aphrodisiacs that truly affects the testosterone levels positively.

According to scientists, Fenugreek contains some mineral components which help to increase the production of breast milk in lactating mothers. As a result of this, it is widely believed that daily consumption of the seeds can also help in increasing the size of the breast.

Where Can I Get Fenugreek Seeds?

If you are in Nigeria, you can buy it in any Nigerian market where foodstuffs and herbs are sold. Especially from Yoruba traders.

You can also buy Fenugreek seeds, oil and powder online on platforms like Jumia, Jiji and Olist.

These are the local names given to it in Nigeria. I hope you find this information useful.