Top 10 Most Expensive Luxury Cars In The World 2021 (Photos)

Luxury cars are so much more than just for mere transportation. Wealthy people buy those kind of costly cars because they have some sort of reputation to uphold, they feel like cheap cars connotes poverty.

Lifestyle criticism aside, these exotic and luxurious cars are bought by the rich because it suits their status quo completely. Not to sound too crotchet, as the saying goes “a man’s wealth, is measured by the type of house he lives and the type of cars he drives”.

Without further ado, let’s some of the most highly prized cars across the globe.

Also Read: Full List Of Innoson Cars And Their Prices 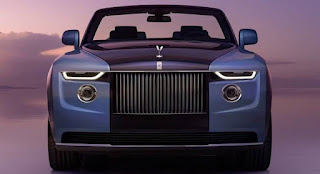 The Boat Tail has a unique two-tone exterior, custom high-end finishes inside, and even a “hosting suite” complete with a champagne fridge and built-in sun umbrella.

Although Rolls-Royce haven’t officially announced pricing for the car, rumor has it that the Boat Tail cost a whopping $28.0 million. 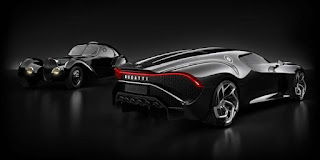 It has six exhaust tips, radical new wheels, bespoke fascia, and a gigantic light-up badge out back that spells out the brand name.

Bugatti shows off yet another ultra-rare, super-expensive model to the world. Limited to just 10 units, the car is a modern throwback to the Bugatti EB110.

One of the few owners of Bugatti Centodieci in the world includes Sports superstar, Cristiano Ronaldo. 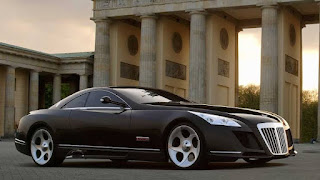 Mercedes built the Exelero on the bones of a Maybach, and gave it the same twin-turbo V12 engine producing 690 horsepower (510 kilowatts) and 752 pound-feet (1,020 Newton-meters) of torque.

Top speed is listed at 218 miles per hour (350 kilometers per hour) and adjusted for inflation. 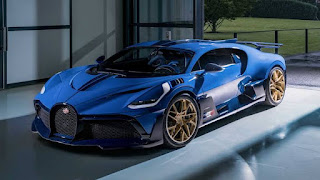 Bugatti made the Divo 77 pounds lighter than the Chiron. Though power is unchanged from the Chiron’s 1,500 ponies (1,119 kilowatts), the Divo features a different aerodynamic setup, which makes it 8 seconds quicker around the Nardo test track while testing. 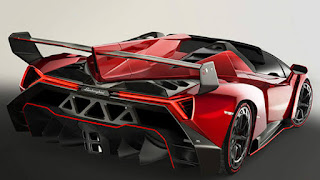 Underhood Lamborghini fitted a more-powerful iteration of the Aventador’s 6.5-liter V12, now producing 740 horsepower (552 kilowatts) and 509 pound-feet (609 Newton-meters) of torque, which gave it the ability to sprint to 60 miles per hour (96 kilometers per hour) in a blistering 2.9 seconds.

Also Read: How To Start A Lucrative Auto Spare Parts Business In Nigeria

The Super Sport 300+ is a beautiful version of the Chiron, with flowing, slippery bodywork and a sweet stripe motif.

The Sian uses a 48-volt mild-hybrid system. Total system output is 819 horsepower (611 kilowatts), which also makes it the most powerful Lamborghini ever.

The Bacalar is no slouch in terms of performance either.

As the name implies, the SP1 is the single-seater option while the SP2 has just enough room for you to bring along a friend.

People buy luxury cars because they’re fun to drive, they perform better than economy cars, and they grant their owners a sense of achievement.

Have you been searching online for the most expensive cars in the world?

I hope you find this information useful. If yes, please feel free to share it online now by clicking on any of the social media buttons below.

Also Read: How To Start Transportation Business In Nigeria

Best Kitchen Products For People With One Hand

AAutomobiles
Auction Export is one of the leading auto export companies in the world. A big player in…
Know more
AAutomobiles
Auto spare parts business has seen the rise of so many millionaires in Nigeria and several other African…
AAutomobiles
Are you searching online for the price of innoson motors? Advertisements You’ve come to the right place.…
AAutomobiles
Davido’s latest car just arrived Nigeria and the superstar couldn’t wait to share the good news with his…
AAutomobiles
Transportation business is simply the business of moving people and goods from one place to another. Whether to…
AAutomobiles
Check out Davido’s car collection in display as he moved through the streets of Lagos, Nigeria. Advertisements These…