Who are the richest Sheikhs in Nigeria?

A sheikh is a rich and powerful man who is the leader of an Arab tribe, family or village, or an official in the Muslim religion.

In this article we’re going to see the most popular and wealthiest sheikhs in Nigeria. In other words, we will be discussing the richest Islamic clerics in Nigeria presently.

The Top 10 Richest Sheikhs in Nigeria 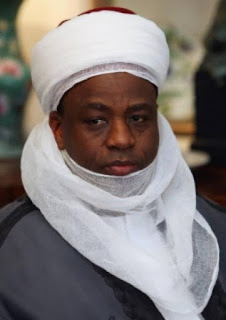 Sultan Muhammadu Sa’ad Abubakar IV is the richest Sheikh in Nigeria today. He is also one of the richest kings in Nigeria and a first class traditional ruler.

He is highly respected in the northern part of the country.

The Sultan of Sokoto is also considered the spiritual leader of all the Muslims residing in Nigeria today.

He has lots of assets, investments and has occupied various revered positions in the country.

As of present, the Sultan of Sokoto is the chairman of the Nigerian Council of Traditional Rulers and the head of the Nigerian National Supreme Council for Islamic Affairs (NSCIA).

Before he ascended the throne as the 20th Sultan of Sokoto Caliphate, he served in the military as a Brigadier-general.

It was after the demise of Sultan Maccido in 2006 that he was chosen to take over the throne of his fore-fathers.

Today, the Sultan of Sokoto is the richest Islamic cleric in Nigeria.

The former Emir of Kano, Lamido Sanusi Lamido is a popular monarch in Nigeria whose achievements in the economic sector speaks for him.

Prior to his ascension to the throne as the 11th Fulani Emir of Kano, he was the former governor of the Central Bank of Nigeria whose policies saw to the valuation of the county’s currency and stability of the economy.

Time magazine in 2011 listed the Emir among the top 100 most influential people in the world due to his outspoken nature to issues.

Lamido Sanusi was also honored in 2013 at the Global Islamic Finance Awards (GIFA) in Dubai for his role in promoting Islamic banking in Nigeria.

According to the Emir, he revealed that his yearly salary from the federal government is N14 million.

As earlier stated, he has other assets and investments that makes him a wealthy traditional ruler.

He was removed by the Kano state government and has been replaced by His Royal Highness, Bayero.

Sheikh Zakzaky is a Nigerian cleric who was born in May 1953 in Zaria, Kaduna State.

Sheikh Zakzaky’s parents were Islamic scholars with a specialization in Qur’anic exegesis – they earned their just means of livelihood through farming.

While he was learning the Qur’an under his father, Zakzaky also attended another Qur’anic school in his neighborhood.

He, alongside his brother, also accompanied his father to the farm to give a helping hand.

After memorizing the Holy Qur’an at 14, he was allowed to start learning other books on religious issues under the tutelage of different scholars.

From 1969 to 1975, Ibraheem Zakzaky studied at the Zaria Provincial School, where he studied Arabic literature and later the School of Arabic Studies (SAS) in Kano.

In 1976, he joined the famous Ahmadu Bello University in Zaria, where he obtained a degree in Economics in 1979 – but his certificate was withheld because of his Islamic activism.

During the period of his stay at the institution, he was appointed the Secretary-General of the Muslim Students’ Society (MSS), an umbrella body of all Nigerian Muslim students.

He later became the Vice Chairman of the group that was overseeing its international affairs.

Today, Sheikh Zakzaky is the leader of the Islamic Movement in Nigeria and has a followership base of more than 20 million supporters.

He became more popular in 2014 and 2015 when the Nigerian military attacked him and his followers.

Until his arrest in December 2015, he held weekly classes on Qur’anic exegesis and Nahjul Balagha at the Husainiyyah Baqiyatullah that was demolished during the attack.

He is married to Zeenatudeen Ibraheem and has 9 children, 6 of whom are deceased.

Sheikh Kabara is an astute Islamic scholar and philosopher who was born in April 1915 in Guringuwa village outside Kano, Nigeria.

It is believed that Kabara’s grandparents came from Timbuktu, Mali.

The versed teacher learned law, theology, literature, logic, and grammar from his father and a host of other subjects like astrology from Mahmud Kabara among other learned personalities.

The erudite scholar is also a prolific writer as he had written over 150 treaties and books explaining various aspects of Islamic philosophy in the Arabic and Hausa languages over thousands of poems.

In 1987, during the mauled celebration of Abd al-Qadir Jilani, Sheikh Sayf al-Din of Baghdad proclaimed him as the leader of Qadiriyyah Sufi order for the whole of Africa.

Also known as Sheikh Sharif Saleh, al-Husaini was born on the 12th of May, 1938, and is a Nigerian scholar and a prominent Tijjani Sufi group order cleric.

Saleh had studied under well-known scholars in many countries.

He has also delivered lectures in the fields of Qur’anic exegesis, hadith, Islamic sciences, jurisprudence, and ethics.

He has written more than 600 books and pamphlets, as well as more than 200 conferences in the Arabic language in areas that range from Qur’anic sciences, prophetic traditions, history, and philosophy.

He is a member of many reputable Muslims bodies including the Islamic Renaissance Organization, Association of Muslim Scholars in Africa (Morocco), Assembly of Muslims in Nigeria (AMIN), and the Muslim Council of Elders.

He is also the founder of the Sheikh Sharif Ibrahim Saleh Islamic Center (SHISIC).

His main areas of academic interest are astronomy, Arabic literature, linguistics, the science of Sufism, Islamic polity, Islamic law of personal status and inheritance, and the peaceful co-existence between nation-states.

Is one of the popular Muslim scholars or Sheiks fondly called “Allimisikilai”.

He runs a popular Morikaz at Isheri, Lagos State and his Tafsir is always aired on AIT.

Sulaimon Faruq Onikijipa’s is a great orator, who preaches with humility, facts and intellectual depth.

Sheik Muh’d Na-Allah migrated from the Kano and stayed in various places before he finally settled in Ilorin in the early 19th century.

Sheik Sulaimon started his search for knowledge under the tutelage of his father. He was taught recitation of the Holy Quran.

Soon after he proceeded to another Islamic foundation (informal) to further fortify his basic learning under the supervision of a renowned scholar, Sheik Zakariyah Ataragba, of the famous Agbaji quarters.

In 1979, he sought permission and blessings of his teacher and spiritual head to further his Islamic education as he had mastered the basic discipline (tarbiyah) in the Quran.

He proceeded to Darul-ulum Arabic and Islamic School, Ilorin, a forefront and formidable Islamic Institution.

Between 1979 and 1983, Sheik  Farouk  took up, among others, Islamic legal studies (fiqh), the Islamic phonology (Surfu & Nahu) and a host of others.

Sheik Mojeed Eleha, the founder of Darul-Islam is also one of the popular Muslim Sheiks in Nigeria, whose Tafsir is thronged by people in Lagos.

His Mosque at Isheri, Igando area is always filled to the brim with many Muslims. Though, he is tagged “Ali-Sunah” (Those who follow strictly comply with Prophet Muhammed’s doctrine) who are perceived to be strict, but there is no gain saying that he speaks the truth from his heart.

He founded Daaru Nalm College, which was founded on 25th of Septemeber, 2011, and his Tafsir is always aired on TVC every day during Ramadan.

He acquired his Islamic knowledge under the tutelage of the late Adam Al-Ilory and was running the Morkaz with him for many years.

He runs one of the biggest Modrazat in his Locality and he holds his tafsir everyday of the Ramdan at Sofwat.

He hails from Gamo, a town  very close to Ilorin in Kwara State.

Other worthy mentions are:

These are the richest Islamic clerics in Nigeria right now. So if want to know the top 10 wealthiest sheikhs in the country, they are the ones listed here.

How To Make Money On TikTok

RRichest People
If you are searching on Google for Folorunsho Alakija true success story, this is right webpage for you.…
CCelebrities
Want to know more about the popular Nigerian comedy skit maker, MC Lively? You’ve come to the right…
RRichest People
Are you interested in Dele Momodu’s biography and net worth in 2022? You’ve come to the right…
RRichest People
Want to know the richest Alfa in the country presently? You’re at the right place. This page reveals…
CCelebrities
Are you searching online for Queen BBNaija’s age, biography, real name, boyfriend and net worth? Advertisements This is…
CCelebrities
This article features Jidenna net worth, biography and music. Read on to learn about this highly talented…