How To Break The Addiction Called Poverty

0
Shares
0
0
0
0
Addiction is a word most people often associate with harmful drugs, alcohol, gambling, smoking, sex, etc. When people talk about it, 99 percent of those times, they are making reference to either of the above mentioned habits.
But what is not popularly known is that people can be addicted to being poor in the same way others can be addicted to harmful substances or activities.
By now you may be thinking, “is it really possible for people to be addicted to Poverty?”
Well, when I first heard Robert Kiyosaki say it I couldn’t believe it either. But as hard as that may sound, the truth is that a whole lot of people are currently addicted to being poor.
Let me quickly say this, this post is not saying everyone who is poor is addicted to poverty. No that is not what I’m saying. People can be poor for several reasons. Most times for reasons beyond their control like war, terrorism, natural disasters etc.
It is not that a person is poor that determines whether they are addicted to poverty or not but their attitudes towards poverty.
Below I will be sharing some characteristics from my research of people who are addicted to Poverty and how to break the power of this addiction. So what are these characteristics?
I will start from the least.
Advertisements
Advertisements
Advertisements 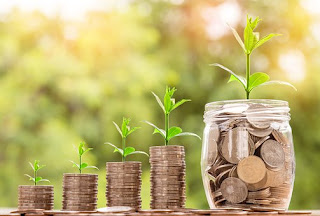 Meet The Billionaire Businessman Femi Otedola & Discover How He Made His Money From This His Success Story.

MMoney
One of the striking differences between the rich and the poor is their beliefs about money. Almost everywhere…