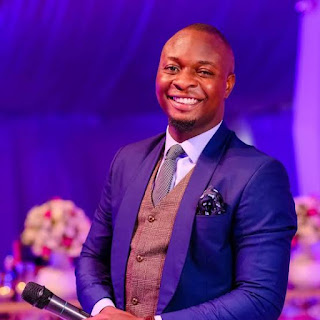 Laughter is said to be a healing for the soul and so many Nigerian Instagram comedians have gone out of their way to keep people laughing, happy and excited.

Among these comedians is one popularly known as MC lively. He passed up the chance to practice law so he could put a smile and bring laughter to people’s faces.

In this article, all you need to know about this comedian will be stated.

His real name is Michael Sani Amanesi, though he is widely known by his stage name.

MC Lively come from a village known as “Agenebode” in Edo State, Nigeria. So officially, his State of Origin is Edo State. He also speaks the native language well.

Though MC Lively’s state of origin is Edo State, he was born and raised in Ile Ife, Osun State, Nigeria into a family of Seven (7) including his parents and 4 siblings.

After Secondary School, he attended Obafemi Awolowo University, Ife, Osun State where he studied law and was called to the Nigerian Bar in 2016, which he had turned down for his sensational comedy skits.

His initial choice was to study Mass Communication, however, he had to take up Law as that was his third trial at JAMB.

Interestingly, studying that Law wasn’t that bad as it gave him the opportunity to stand before people and speak.

The journey to becoming an outstanding comedian wasn’t a bed of roses for MC Lively. He too had a fair share of failure and heartbreaks.

According to him, there were four times he gave a joke in the university as a stand-up comedian and nobody laughed.

One thing that came out of that failure though was that MC Lively found out he was better at being an acting comedian instead of a standup comedian.

He began his comedy career in 2015. He came into the limelight through his funny skits “Agidi” which talked about events or real life issues in Nigeria concerning fuel scarcity.

MC Lively has performed alongside other popular comedians such as Akpororo, Basketmouth, Ali Baba, Broda Shaggi among others.

He featured in the movie “Seven and Half Date” (2018). In the movie he played the role of James, Bisola’s second date. He also starred as Dele in the 2020 comedy “Fate of Alakada”.

MC Lively’s comedy video has won him several awards in the entertainment industry.

He won the comedy act of the year award at the City People Music Award.

MC Lively is not yet married. However, he is engaged to his longtime girlfriend as at 2020.

MC Lively has an estimated net worth of $125,000. This is mainly from his efforts in the entertainment industry and his numerous ambassadorship deals.

MC Lively keeps growing in his career as he hadn’t just stopped at comedy skits but has also been featured in some nollywood movies like “Introducing the Kujus”, “Lagos real life fake life” and several others.

MC Lively is a Nigerian content creator, comedian and actor.

You can visit his YouTube channel to watch some of his very funny videos and laugh out your worries.

Have you been searching online for MC Lively’s age, biography, real name, girlfriend, state of origin or net worth?

CCelebrities
Are you searching online for Tems age, biography, real name, boyfriend and net worth? You’ve come to the…
CCelebrities
This article features Jidenna net worth, biography and music. Read on to learn about this highly talented…
CCelebrities
“Mercy Johnson’s Net Worth In Dollars” ranks among the most searched keywords concerning the A-list Nigerian actress,…
RRichest People
Are you searching online for the biography or net worth of Leonard Stanley Nnamdi Ekeh? You’ve come…
AAlakija
Are you searching for: Richest people in Africa by Forbes 2021 Africa’s richest men in 2021 Richest man…
AAutomobiles
Davido’s latest car just arrived Nigeria and the superstar couldn’t wait to share the good news with his…