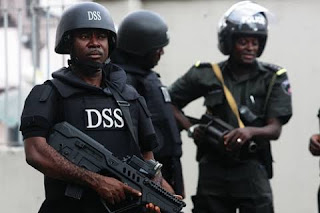 Nigeria has so many security agencies with a very different mandate for each of them. Each of these agencies works in different ways to ensure the peace and safety of the country.

In this article, we will be looking at the roles and functions of the State Security Service (SSS), popularly known as the Department of State Services or DSS.

The Nigerian State Security Service (SSS) also known as The Department of State Services (DSS) is a security agency of Nigeria and one of the three successor organisations to the National Security Organization (NSO).

It’s main responsibilities are within the country. These include; counter-intelligence, internal security, counter-terrorism, and surveillance as well as investigating some other types of serious crimes against the state.

It is also charged with the protection of senior government officials, particularly the President and Vice President with their respective families, and state governors.

The Responsibilities or Roles And Functions Of DSS/SSS In Nigeria

One of the primary responsibilities of the agency is to protect the elites of the country. By elites, we mean the top politicians at the state and federal levels.

When it comes to gathering intelligence within the country, the DSS is always recommended for an optimum result as they have sophisticated tools to aid them in the job.

Some of the Functions of State Security Service include but are not limited to;

Naturally, one might think the DSS mandate should be curtailed where there are distinct bodies tasked with dealing with that element of internal security but the DSS have shown ruthless efficiency in tackling matters which other agencies drag their feet on.

This has justified the view that while other security institutions are so corrupt that they require outright restructuring to function competently, the DSS can quickly execute Presidential orders.

Have you been searching online for functions and roles of the State Security Service (SSS)?

You’re at the right place. This page reveals the functions and roles of the State Security Service (SSS) also known as the Department of State Services (DSS).

6 Online Nigerian Jobs You Can Start And Make Money

LLegal Tips
Want to become a lawyer in Nigeria? This page is for you. This guide features how many…
CCrime
The rate of cyber-crime these days is alarming. If you’re not careful enough you’ll loose your Facebook,…
LLegal Tips
Advertisements Searching online for the best law firms in Nigeria?   A law firm is a business…
LLegal Tips
Are you searching for Nigeria’s most competent and successful lawyers to handle your case? Advertisements  …
CCrime
Are you or anyone you know a victim of Police brutality in Lagos State, Nigeria? Advertisements Are you…
LLegal Tips
Want to know the best law firms in California, United States? You’ve come to the right webpage. …