The City of Contrasts – A Story By Etsu Blessing 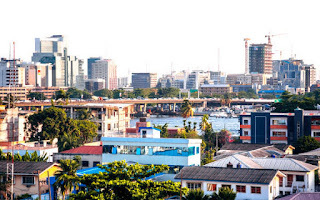 Growing up as a Nigerian has been described as a lot of things by a lot of people. If you grew up in Nigeria, you can probably relate to terms like Bad Government and Corruption. Well, I had the opportunity to grow up in this Nation of ours and this is about a few things I have learned.

I grew up in Lagos, Nigeria. Lagos is what you could call a Fast-paced City. When I think of Lagos now, I think of a lot of light, fast food, and a lot of traffic. You really can’t be in Lagos and not know the patience and confidence it takes to be stuck in traffic so long you can’t really tell where it starts and where it ends.

Growing up, we used to have a lot of car games specially designed for if we ever got caught in traffic. We’d identify colors, spell words and come up with songs at the spur of the moment. Now that I think about it, growing up in Lagos was so much fun.

Another thing that really stood out for me in my Childhood in Lagos was how there always seemed to be so many People everywhere. Lagos appeared to my young mind like a Stadium full of people, except everyone was always on the move and someone was always in a fight.

Some of the most common fights I witnessed were between the Commuters and the Conductors in the public buses in Lagos. I vividly remember one of such fights where a really angry looking conductor threw a punch at a commuter but ended up being beaten up because the other man had a black belt in Taekwondo.

I think I particularly remember this incident because of how hilarious it was to my growing mind.

The average Lagosian must have had an existence where he had to hustle. Our City that actually never sleeps has a reputation for being awake by 4am and staying awake all night too. The hustle in Lagos is so real, that it’s safe to say that it is the City itself that hustles.

All in all, thinking of Lagos has me thinking again of respectful words right before the insults are hauled in Yoruba or Strong words right before a bond of eternal friendship is formed. Lagos, the city that houses people of all Social Classes; the rich, the poor, the entitled, the really sick, and extremely healthy, the polite and the deliberately nasty.

My City is just a tapestry of the diverse, no discrimination and no segregation. Somewhere, deep in my heart, I refer to Lagos as “the city of contrasts”.

Scholarship In Canada for International Students