What Is KPMG? Check Out The Full Meaning & Contact Details 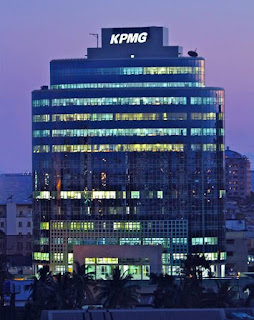 KPMG International Limited (or simply KPMG) is an Anglo-Dutch multinational professional services network, and one of the Big Four accounting organizations.

Headquartered in Amstelveen, Netherlands, although incorporated in the United Kingdom, KPMG is a network of firms in 147 countries, with over 227,000 employees and has three lines of services: financial audit, tax, and advisory. Its tax and advisory services are further divided into various service groups.

KPMG started operations in Nigeria in 1978. KPMG Nigeria boasts a combination of international and national market knowledge and perspective. Kunle Elebute is the CEO of KPMG Nigeria.

In 1861, Henry Grace joined James Jr. and the company was renamed to James & Henry Grace; the firm evolved to become Grace, Ryland & Co.

In the Netherlands, as a consequence of the merger between PMI and KMG in 1988, PMI tax advisors joined Meijburg & Co. (The tax advisory agency Meijburg & Co. was founded by Willem Meijburg, Inspector of National Taxes, in 1939).

Today, the Netherlands is the only country with two members of KPMG International: KPMG Audit (accountants) and Meijburg & Co (tax consultants).

In 1991, the firm was renamed KPMG Peat Marwick, in 1999, the name was reduced again to KPMG. In 1997, KPMG and Ernst & Young announced that they were to merge. However, while the merger to form PricewaterhouseCoopers was granted regulatory approval, the KPMG/Ernst & Young tie-up was later abandoned.

In 2001, KPMG spun off its United States consulting firm through an initial public offering of KPMG Consulting, which was rebranded BearingPoint.

In early 2009, BearingPoint filed for Chapter 11 bankruptcy protection. The UK and Dutch consulting arms were sold to Atos in 2002.

KPMG is organised into the following three service lines (the 2020 revenue shares are listed in parentheses):

KPMG Nigeria services include providing credible and transparent financial reports based on audit methodology that is designed to meet both national and international standards.

KPMG Nigeria’s vision is to build and sustain their reputation as the best firm to work with by ensuring their people, clients and communities achieve their full potential.

They are committed to working with their clients to cut through complexities of the business world finding solutions and adding va lue.

I hope you find this information useful. If yes, please feel free to share it by clicking on any of the Share buttons below.

How To Start Garri Distribution Business In Nigeria

How To Link Up A Token To A GTBank Account

GGeneral Tips
We’ve all been recipients of receipts bearing an amount with the description ‘VAT’. Advertisements So what is…
BBusiness
Nigeria could pick up an award when it comes to inflation. Our inflation rates have been rising steadily…
GGeneral Tips
The world is rapidly developing. While that is kind of a good thing, the negativity that comes…
GGeneral Tips
Want to learn how to become a registered engineer in Nigeria? This page is for you. This…
CCelebrities
Are you searching online for Fireboy net worth 2021? This is the right web page for you.…
GGeneral Tips
Advertisements Here is a guide by past winners on how to apply for Tony Elumelu Entrepreneurship Program…