Where is Crude Oil found in Nigeria? 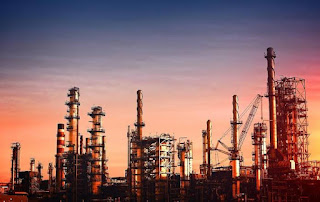 In this article, you will find a list of all the places crude oil is found in Nigeria presently. Read on!

Nigeria is the largest oil producer in Africa and the 13th largest in the world.
I can rightfully believe that we all know that.

Did you know, however, that the 1.72 million barrels of oil produced daily is the combined effort of roughly a third of the nation’s states?

Well, I can enjoy the surprise on your face but I will answer the question: “Where is Crude Oil found in Nigeria?”

…and don’t be quick to say it’s only in southern states.

Also Read: how many local government areas are in Lagos State?

Oil was first found in commercial quantities in Oloibiri in Bayelsa state in 1956 and production began in 1957.

Petroleum began to play a vital role in the Nation’s economy in 1960 and today, oil and gas account for 9% of Nigeria’s GDP, 95% of the nation’s foreign exchange, and 40% of government revenues amidst cries for a multi-dependent and diverse economy.

Also Read: Full list of the North-Eastern states in Nigeria

Region Where Crude Oil Is Found In Nigeria

Most of the crude oil comes from the region of the country called the Niger Delta, also called the South-South which has 800 oil-producing communities, 159 oil fields, 1481 wells, and 4 refineries.

Here is a complete list of all the oil producing states in Nigeria currently:

This is currently the largest oil-producing state in the Federation after overtaking Rivers state.

It accounts for 31.4% of daily manufacture, giving a whooping 504,000 BPD. The state has one of the largest petroleum production facilities in Nigeria.

Also, the richest state in Nigeria, Delta state comes second in the amount of oil produced.

It contributes 21.56 percent, giving 346,000 BPD and it is also the home to one of the petroleum refineries in the country

Regardless, it is still known as the powerhouse of the Nigerian oil industry.

It has 2 major oil refineries, 2 seaports and it is the location of the head offices of top petroleum companies.

The state is well known for the petroleum companies located in it. It supplies 18.07% of Nigeria’s BPD, yielding 290,000 BDP.

The state, in combination with the first three states, is responsible for 80% of Nigeria’s oil production.

Surprisingly and not so surprisingly, oil was found in Nigeria’s economic capital in the year 2020.

Currently, it manufactures 40,000 BPD and has a large plan to increase its capacity.

Amongst the numerous minerals found in Edo, crude oil holds a portion. However, the state produces 2.06% of Nigeria’s oil, giving 33,000 BPD.

1.06% of the nation’s oil, which is 17,000 BPD, comes from Imo state. This is overseen by companies such as Chevron, Agip, Royal Dutch Shell, and Addax petroleum.

The state was recently recognised as an oil producer and though it currently produces 3,000 BPD, it can increase and grow.

Having read this article, I believe you will be able to comfortably answer the question “Where is Crude Oil found in Nigeria.”

NNigeria Tips
Advertisements It’s no doubt that oil and gas companies have helped boost the economy of Nigeria.  They…
NNigeria Tips
Are you searching online for Nigeria coat of arms? Do you want to know the meaning and history…
GGeneral Tips
Are you searching online for best delivery services in Lagos? You’ve come to the right page. This article…
NNigeria Tips
The North East used to be an administrative division of Nigeria in the 1960s, with its capital in…
DDiscussions
What is the local name for Ginseng in Nigeria? You asked. Check out what Ginseng Root is…
NNigeria Tips
Advertisements The Nigerian Idol by Africa Magic Tv is the biggest music talent show in Africa. The…