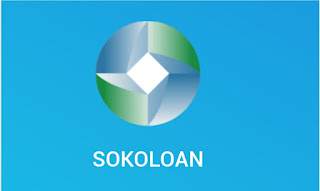 Sokoloan Lending company, a quick credit startup, in Nigeria is on the verge of a shutdown months after the National Information Technology Development Agency (NITDA) sanctioned the firm for privacy invasion.

On August 17, 2021, the agency had released a statement informing the public that Sokoloan will be fined N10 million for invading the privacy of Nigerians after accessing their details through the contact of the firm’s app users.

Sokoloan is one of many online lending platforms that send blackmail messages to their users’ contacts, a system that has been penciled down as the major flaw of the loan app market.

NITDA had stated then that the agency will also weigh criminal charges against the directors of Sokoloan, as it liaise with the Nigerian Police Command for advise.

Ripples Nigeria can now confirm that Sokoloan has paid the N10 million fine, and the agency is looking to shutdown the firm, according to NITDA in a phone conversation with this publication.

The agency’s representative, who simply identified herself as Riba, also confirmed to Ripples Nigeria that the case was in court – this comes after this medium reported in August that Sokoloan was trying to beg its way out of the clampdown from NITDA.

Sokoloan currently has over one million downloads, and 137,914 reviews filled with mostly complaints of bad customer service, blackmail allegations, and the firm’s repayment issue that increases interest payment of borrowers.

Ripples Nigeria noticed that the positive reviews were filled with foreign names despite its market majorly used by Nigerians, who were mostly critical in the complaints segment of the app on Google Playstore.

NITDA is also probing 9credit, Palmcredit and other Loan apps operating in the country, as some of them have the same business model of sending unwarranted blackmail messages to their borrowers’ contacts.

It’s not yet known if the victims of Sokoloan will be compensated, but Riba hinted on the possibility of such action being taken.

How To Load Prepaid Meter In Nigeria

VViral News
The 2021 Black & Latinx Publishers Summit begins December 7, 2021.  This virtual event is open to…
VViral News
Kuda Technologies, the digital-led challenger bank for Africa, recently revealed that its Android app has been downloaded over…
GGeneral Tips
The following are the official venues announced for the End SARS protests that are to take place on…