Are you curious about Tana Adelana?

Do you want to know about her early years and career development, amongst other things?

Well, this is the place to be as I have painstakingly compiled data on Tana Adelana, Age, Biography, State of Origin, Husband, Child, and Net Worth. 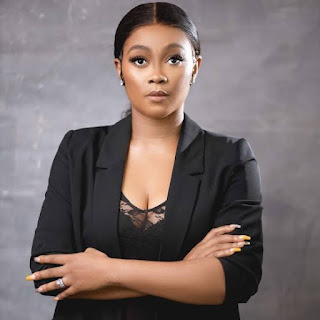 Who is Tana Adelana?

She was born on the 24th of December, 1984, which makes her 37 years old at the writing of this article.

Her Yoruba surname and the mystery that the name ‘Tana’ creates make her stage of Origin hard to tell.

However, she hails from Nara Unateze in Nkanu East Local Government Area of Enugu state.

Yes, our lady is…well was of Igbo descent until she married into the Yoruba culture.

Tana was born into a puritanical Catholic home as the last of 10 children.

The large family lived in Lagos, where she went through all levels of education, first at Treasure land Nursery and Primary School and St Francis Catholic Secondary School.

For tertiary, she attended the University of Lagos, from where she obtained a B.Sc in Urban and Regional planning.

She also attained degrees in diverse spheres of learning; a diploma in Makeup and Style from the makeup art school, London (at the South Africa campus) and a special executive masters certificate in Leadership and Management from the Metropolitan School of Business and Management, U.K

Tana began her career as a photo and TV commercial model in the late ’90s. However, she always knew that she would be talking professionally, so she presented herself for various TV show auditions.

She came into the spotlight as a TV presenter she became an On-Air Personality at the MTN Y’Hello TV show in 2002 and then came the bigger jobs.

She was the first Nigerian on Channel O as a TV presenter, hosting the O-BOMO show for 6 years.

In 2005, she got her first acting gig was a TV series called Flatmates.

She started acting in Nollywood in 2011 and her first feature-length movie, “Two Brides and a Baby”, was a major hit.

Currently, she has over 50 movies under her belt. Tana launched her film production, ‘Tana Adelana Productions’ in July 2013, and she has successfully produced and co-written 4 movies.

We can say that she has made a good name for herself and has won various awards.

Yet, she is not ready to back down, so she constantly strives to be better in her field by having one-on-one training with speech therapists and oral English teachers.

Speaking of marriage, the TV presenter married on Sept 16, 2007, to Femi Adelana, an Entrepreneur and businessman.

The Adelana’s are blessed with two kids.

There are no pictures of the kids on social media and to this, she commented that she wants a normal family void of the media.

The young celebrity has multiple streams of income and her net worth is between $500,000 to $1.5million.

There are various estimations of her net worth and a fixed figure is not yet known.

Tana Adelana is a sensational and hardworking person and I am proud to have brought you info about her.

Have you been searching online for Tana Adelana, Age, Biography, State of Origin, Husband, Child, and Net worth?

I hope you find this useful.