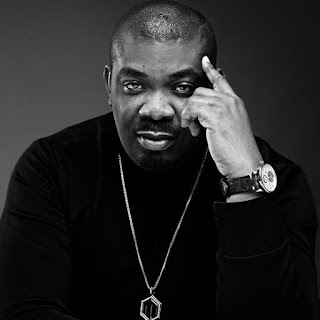 Who Is Don Jazzy?

He is the founder and the CEO of Mavin Records. Don Jazzy was the co-owner of the defunct Mo’ Hits Records record label with Dbanj.

Micheal Collins Ajereh (aka Don Jazzy) was born in Umuahia, Abia State, on the 26th day of November, 1982, the son of Collins Enebeli Ajereh and Mrs Ajereh.

His father is from Isoko in Delta State and his mother is an Igbo woman from Abia state.

Don Jazzy found passion in music early in life and at age 12, he began to play the bass guitar and piano. He also gained knowledge of traditional and percussion instruments.

He enrolled in business management studies at the Ambrose Alli University, Ekpoma, Edo state. In 2000, Don jazzy’s uncle invited him to play the drums for a local church in London and that was his first visit to London.

Don Jazzy gained employment at McDonald’s as a security guard. He continued his interest in music, associating with Solek, JJC, Kas, Jesse Jagz, The 419 Squad and D’Banj.

In 2004, Don Jazzy collaborated with D’Banj to form Mo’ Hits Records. In the next two years, Don Jazzy produced the albums “No Long Thing and Rundown/Funk You Up.”

Around this time, Don Jazzy had a recognisable introduction, “It’s Don Jazzy Again!”

In 2008, Don Jazzy was credited in the production of The Entertainer by D’Banj. He also contributed to the production of Wande Coal’s Mushin 2 MoHits, an album that was described as one of the best albums to ever come out of Nigeria.

In 2011, Don Jazzy was employed by Kanye West as a producer at Very Good Beatz. Don Jazzy worked with Jay-Z and Kanye West on the production of Lift Off, featuring Beyoncé on the album Watch The Throne which was released on 8 August 2011.

On the 7th of May 2012, Don Jazzy announced a new record label, Mavin Records. He said, “I see Mavin Records being the power house of Music in Africa in the shortest possible time.”

Don Jazzy was married to Michelle Jackson in 2003. They both had issues as a result of his ambitious nature so they divorced about two years after the wedding. 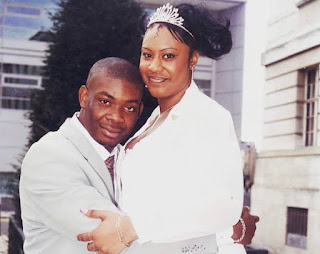 However, he doesn’t plan on getting married anytime soon because he fears his love for music will hurt someone’s feelings again.

According to Forbes, Don Jazzy’s net worth is estimated at $19.5 million.

I hope you find this information useful. If yes, please feel free to share it on social media.