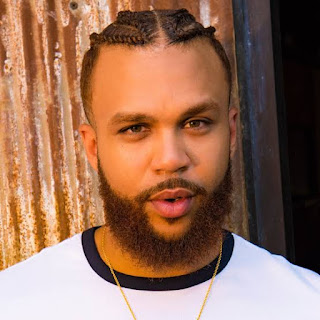 This article features Jidenna net worth, biography and music. Read on to learn about this highly talented music artiste.

Jidenna Theodore Mobisson was born on the 4th of May, 1985 in Wisconsin Rapids, Wisconsin, He was born to Tama Mobisson and Oliver Mobisson, His mother was an accountant, while his father was a Nigerian Igbo academia from Imo State.

“Jidenna” is an Igbo word that means “hold your father”.

The young man grew up partially in Nigeria. At that time his father was working as a professor of computer science at Enugu State University.

Jidenna has always had passion for music. Ehen he was in high school he became the co-founder of the rap group called “Black Spadez”. He released his first album with Black Spadez as their final project at Milton Academy.

Jidenna graduated from Milton Academy in 2003. He went further to study comparative studies in race and ethnicity in Stanford University where he obtained a degree.

He pursued his music career while working full-time as a teacher, moving between Los Angeles, Oakland, Brooklyn and Atlanta, before signing a deal with recording artist Janelle Monáe’s Wondaland Records.

The song was all over the United States and debuted as number 49 on Billboard.
On the 31st of March, 2015, the second single from the EP was released titled “Yoga” by Janelle Monáe and Jidenna.

His song “Classic Man” was nominated for Best Rap/Song Collaboration at the 58th Grammy Awards.

In the month of June same year, Jidenna performed the song with Monáe at the BET Awards.

In 2019 Jidenna released his second album 85 to Africa.

Today, Jidenna is rated as one of the most handsome, skillful, gifted, creative and highly talented singer, songwriter and producer in America.

The young talented singer is currently single, although according to research, he’s currently in a relationship with Rosalyn Gold-Onwude.

Net Worth Of Jidenna

Jidenna’s net worth is estimated to be around $7 million dollars which is currently about 2.5 Billion Nigerian Naira.

The talented Nigerian-american rapper and songwriter is one of the richest music artistes of Nigerian descent.

Jidenna is a founding member of Fear & Fancy, a social club that began in California in 2006. Jidenna stated that his major influences include KRS-One and Big Daddy Kane, as well as the Nigerian Highlife music genre.

Jidenna is one of the great Nigerian Men settling in the states. He’s well known all over the world because he followed his dreams.

I hope you find this information useful. If you do, please feel free to share it.