World’s Richest Billionaires And Their Net Worth (September 2021) 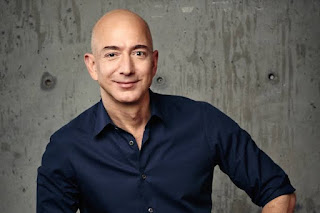 Wondering who the richest billionaires are and how much they are worth as 2021 draws to an end? Check out this updated list of the world’s richest men for the month of September drawn from Forbes realtime rankings.

Nearly every minute, the list of the top billionaires of the world keeps getting updated, therefore it keeps varying. We’ll find out who these men they are, what they do and how much is their net worth.

According to the latest predictions for Forbes, Amazon founder and former CEO Jeff Bezos is the richest person in the world, with a net worth of around USD $198.2 Billion

He has 4 children and is divorced.

In 1994, Jeff Bezos founded Amazon.com in a garage in Seattle, shortly after he resigned from the hedge fund giant D.E. Shaw.

In 2020, Amazon’s share price skyrocketed on the heightened demand for online shopping as lockdowns forced consumers to stay home.

Jeff Bezos net worth figure rose up to USD$177 billion, a jump of USD$64 billion from a year ago as a result of surging Amazon shares.

His estimated net worth is $195.0 Billion

He’s married and has 5 children.

Arnault raised his fortune to USD$150 billion, from USD$76 billion, due to an 86 per cent rise in the shares of LVMH, owner of brands including Louis Vuitton and Christian Dior and cosmetics retailer Sephora.

Bill Gates is the co-founder of Microsoft, the largest software company in the world, and the co-chair of the Bill & Melinda Gates Foundation.

His estimated net worth is $131.8 Billion thanks to the strong share performance in Microsoft, Canadian National Railway and tractor maker Deere & Company.

Facebook (the company) is also host to several other brands, including photo-sharing app Instagram, which it acquired in 2012; cross-platform mobile messaging service WhatsApp and virtual-reality–headset producer Oculus, both acquired in 2014.

Google is one of the largest Internet search engines on the planet, accounting for more than 70% of global online search requests.

Page is also a founding investor of Planetary Resources, a space exploration and asteroid-mining company.

He quit as the CEO of the company in 2014 and since then he functions as the chairman of the board and chief technology advisor of the company.

Oracle is the second-largest software company and provides a wide variety of cloud computing programs as well as other software, such as Java and Linux, and the Oracle Exadata computing platform.

Additionally, Ellison has major shares in Tesla, which surged enormously in 2021.
Larry Ellison has a net worth of $117.2 Billion

The co-founder and board member of Alphabet, Sergey Brin has a net worth of $116.5 Billion

He is a stock expert and investment legend, better known as the Oracle of Omaha.

He runs Berkshire Hathaway that owns over 60 companies including the famous ones Geico insurance, Duracell, Dairy Queen Restaurant.

As of September 2021, Steve Ballmer is worth an estimated net worth of about $96.5 Billion.

There you have it, a list of the world’s richest billionaires in 2021 and their net worth.

The list features self-made billionaires, heirs of family fortunes and business tycoons who have made a lasting impact on the population.

All details and data written here were gotten from reliable sources in the internet:

Aliko Dangote Biography And Net Worth in 2021

Beauty And Health Benefits Of Neem Leaf aka Dongoyaro

NNigeria Tips
Advertisements Have you ever wondered who the richest celebrities in Nollywood are? Check out this list of…
CCelebrities
“Mercy Johnson’s Net Worth In Dollars” ranks among the most searched keywords concerning the A-list Nigerian actress,…
RRichest People
Are you searching online for the biography or net worth of Leonard Stanley Nnamdi Ekeh? Advertisements You’ve…
RRichest People
It is no news that many Nigerian pastors are currently making waves across the world. The service to…
CCelebrities
This article features a brief biography of Mike Bamiloye, the founder of Mount Zion Film Industry. It…
RRichest People
Have you read of the richest men in the world? Well, Elon Musk is one of them. …