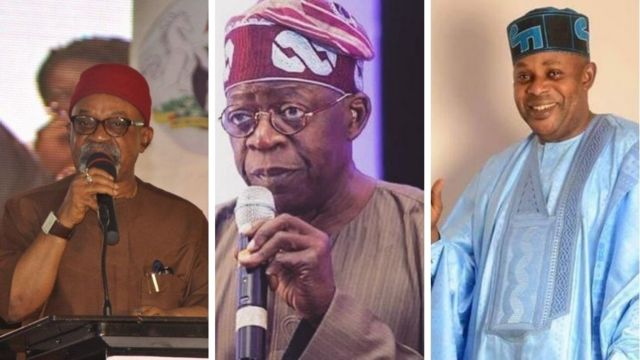 Want to learn about the richest politicians in Nigeria presently? Read on.

This is good news for aspiring students that wish to study political science and other political related courses.

This article will make you want to start off immediately and cross whatever hurdles that might block your way.

Politicians are regarded, if not the richest personalities in Nigeria.

Once you are into Politics and you add value either positive or negative value, your account will be fattening.

Politicians do all they can whenever they are in power to gather money from any sector of the government, which was why former governor of Rivers stated that” In Nigeria, politicians steal money because the governed don’t stone them”.

While in office, they save up enough that would sustain even their fourth generation.

When they are out of office, they survive with the money they have saved and set up a more paying business. Most of them are into oil and gas, estate management etc.

Here are the list of top 10 Richest Politicians in Nigeria.

He is popularly referred to as the Jagaban and/or BAT. He is among the richest politicians in Nigeria if not the Richest.

He is dogged and calculative in his actions.

He is the National party leader of the All Progressive Congress and an elder statesman.

In 1993, he served as a senator representing the Lagos West constituency.

He happens to be the richest politician in Lagos State with an estimated net worth of $3billion.

He owns many expensive properties and Investment. In fact, he has a share of properties in Lagos.

Capital Oil, as he is popularly called, is a great son of the soil from Nnewi, Anambra state.

He made his first million when he was 19.

He is the people’s choice, the man of the people in Anambra state and will soon be their governor.

His net worth is estimated to be

He is the immediate past governor of Rivers State from 2007 to 2015. He was elected then, as the Speaker fir River State house of Assembly.

He served as the Minister for Transportation, then, it was alleged that he misused and embezzled money while at office. Nevertheless, he was never tried or convicted.

Rotimi Chibuike Amechi, as a governor once said, “We (Nigerian Politicians) steal because you never stoned us for it”.

According to CNN on Amabpour live report claimed that he stacked $757 million in foreign banks in the US Bancorp and Minnesota account.

His net worth is estimated to be $850 million.

OUk is the former governor of Abia state and the Chairman of Sun daily and New Telegraph,two different media companies.

He was once convicted and jailed in 2019 for embezzling $7.65 billion  for his personal use when he was still Avia state governor.

He is the owner of Slok Nigeria limited, he has an oil and gas company, a stakeholder in the 2004’s Enyimba FC.

He earned the name “Twitter Senator” because of his Social nature.

He is a Senator of Bayelsa East and the founder of Silver bird group.

He is estimated to worth $800 million.

He has made his money before becoming a politician. He was born on September 22, 1962.

He is into Real Estate and owned Rochas motors.

His net worth is estimated to be

He is popularly known as Baba or OBJ.

He hails from Ogun state, a veteran Politician.

He owns Otta farms, oil blocks and has a few stake in foreign countries.

OBJ is an elder statesman. He served as the Nigerian Military Head of State between 1976 and 1979 till Nigeria adopted Democracy in 1999.

His net worth is estimated around$1.6 billion.

He is popularly called IBB or the Evil Genius, has ruled Nigeria in the days of Military from 1985 to 1993 .

When it comes to politics, he is the boss, he annulled the election that could have made MKO, Abiola the president of Nigeria in June 12,1991.

He scooped $12 billion earned from an oil windfall in 1992, called the Golf war.

He was not apprehended, jailed or convicted, which means that nobody is above the law is only for the poor, the rich and influential personalities are typically above the law.

He owned a multi billion dollar mansion in Niger state.

The second richest man in Africa, Mike Adenuga, is his front man.

IBB has other billionaires he works with.

His net worth is estimated around$50 billion.

He is among the most African dictator in Forbes list as at 2011.

He governed Bauchi state for two terms, May 1999 to May 2007 and helped settle some major disputes in the state.

His net worth is around $700 million.

Nigeria has been having vice President, Atiku is the most popular because of his touted traits.

He is said to be corrupt, yet, he vied for the position of a president twice.

He owns the American University of Nigeria, AUN, he was the former accountant of the Nigerian Custom, he had a Supply company. In fact he loves business.

Aside the federal government job opportunities, Atiku is the greatest employer of labour in Nigeria.

His net worth is estimated to be $2 billion.

This article Top 10 Richest Politicians in Nigeria is an eye opener for those who follow the Nigerian politics closely.

If you are asked to provide names of rich Politicians in Nigeria, I hope you would be able to answer that without stammering.