The Nigerian music industry has experienced a boom in the last 3 decades. Some artists have gained global recognition and awards for their musical prowess. These musicians have become successful through their music, endorsement deals, show charges, and personal investments.

There have been many arguments around who the richest musician in Nigeria is.

Is it Wizkid, Burnaboy or Davido?
Read on to find out.

Based on his net worth of $20 million -currently, N8.2 billion- Wizkid is crowned as the richest artist in Nigeria. 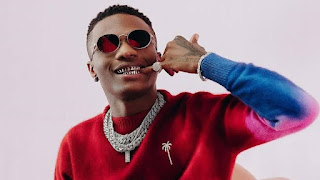 The artiste has signed many multimillion dollars endorsement deals and the list continues to increase.

1n 2011, he signed a one-year deal with Pepsi for $350,000, the contract was renewed for an extra 2 years.
He was one-time brand ambassador for MTN pulse, but he switched to Glo for N128 million deal.

Wizkid is into the posh lifestyle; he has houses both in Nigeria and abroad and a fleet of luxurious cars. The list includes:

Wizkid (Ayodeji Ibrahim Balogun) was born on the 16th of July, 1990. His love for music was inspired by legendary singers like Bob Marley, Fela Kuti, King Sunny Ade, 2Face Idibia, and Sound Sultan.

His growth in music can be attributed to several persons including OJB Jezreel, in whose studio he learnt from the recording sessions of other singers.

In 2009, he dropped out of school to pursue his music career, and that same year, he signed a record deal with Empire Mates Entertainment owned by Banky W.

He gained popularity in 2011 with the release of his debut album ‘Superstar’.
2013 saw him launching his record label called “Starboy Entertainment”.

He gained international popularity in 2016 after he collaborated with Drake on the hit song ‘One dance’ which peaked at No.1 in 15 countries including France, Australia, Germany, Canada, UK, and the USA.

In 2017, He signed with RCA record and released his third single in the same year ‘Sounds from the other side’.

He partnered with Beyoncé in the song ‘Brown Skin Girl’ which won him a Grammy Award for the best music video in 2019.

The young star has achieved a lot in his music career.

He was the first Nigerian musician in the Guinness Book of Records for the most played song in Spotify; ‘One Dance’ with Drake.

He was named among the top 100 most influential African in 2019 by New African Magazine.

Likewise, he is currently the most-stream Nigerian artist of all time in Spotify with over 3.4 billion streams.

Alongside, he has bagged 65 awards, including 1 Grammy, 2 iHeartRadio music awards, an ASCAP plaque, and 12 Headies awards.

The young man is truly inspirational and a successful Musician representing the culture of our great country and currently the richest Musician in Nigeria.

The Best Universities in Nigeria 2021

Eyo Festival: Everything you need to know about it

CCelebrities
Are you searching online for Wizkid net worth in 2021? Check this out. This page features the…
CCelebrities
“Mercy Johnson’s Net Worth In Dollars” ranks among the most searched keywords concerning the A-list Nigerian actress,…
CCelebrities
Let’s talk about the winners of the Grammy Awards that took place in March, 2021.  Did you know…
RRichest People
From an ordinary apprentice in a motor spare parts shop, Cletus Ibeto (chairman, Ibeto Group) rose to become…
CCelebrities
Are you searching online for Fireboy net worth 2021? This is the right web page for you.…
RRichest People
Most Nigerians remember the cursive writing on naira notes, some few years back, that read “Sanusi Lamido…