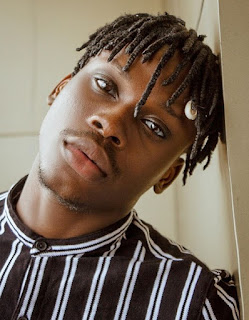 Are you searching online for Fireboy net worth 2021? This is the right web page for you.

Adedamola Adefolahan whose stage name is Fireboy DML, is a young Nigerian musician signed to the YBNL Nation record label. His music “scatter” was among the soundtracks included in the popular game FIFA 21 released on the 9th of October, 2020.

The young man is one of the best things happening in the Nigerian music industry at the moment. His Afrobeat songs are among the most sought after in the continent. This article reveals exactly how rich the “vibration” crooner is as of 2021.

As of 2021, Fireboy DML is reported to have a net worth of $800,000. Though some argue that this money is too small based on the numerous endorsement deals he has been getting lately while some say it’s too high putting into consideration the time he started music.

However, the young musician is actually worth that amount. If he keeps on releasing hits after hits like he’s doing now, chances are his net worth is going to greatly exceed that in a few moments from now.

Fireboy Endorsement Deals And Other Sources Of Income: How He Makes His Money

How does Fireboy DML make his money? Does he have other sources income apart from music?

Fireboy primary source of income is his music. Just like you may have already known. However, the super star has other sources of income which include his endorsement deals.

After releasing one of his most popular songs “Vibration” the afropop singer became the face of Apple Music Africa, dethroning Davido who has been there for a very long time.

In August 2020, he was reported to have signed an endorsement deal with the beverage company “Guinness Nigeria” worth millions of Naira. The superstar also confirmed this via his various social media handles.

He is also reported to have signed several other endorsement deals with different companies since the beginning of this year.

These are the two major ways the young musician makes his money. Though there has been rumours of him having one or two businesses which also bring him money secretly.

His Cars And Houses

Though he is just gaining spotlight in the Nigerian music industry, Fireboy DML has actually been able to achieve a lot. For the little while he has been at the top of the industry, the young man has been linked with several rumours of acquiring his personal cars and house.

Fireboy DML is a fast rising Nigerian music artist. The multi-talented singer is estimated to be worth about $800,000 as of 2021. This is based on his numerous assets, endorsement deals and music shows.

Have you been searching online for Fireboy 2021 net worth? This is definitely right place to find that. I hope this helps.