The Richest Governors in Nigeria 2022

Nigeria builds its economy from the different states that make up the nation and all these is thanks to the effort of the leaders of those states. In this article we’re going to see the richest Governors in Nigeria, their source of wealth and net worth.

Who Are The Richest Governors In Nigeria Presently? 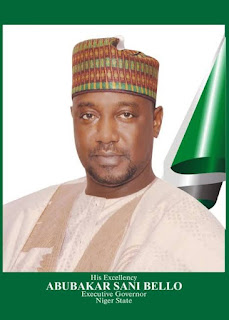 The 54 year old rich governor is a Muslim, and the eldest son of Colonel Sani Bello, a Nigerian billionaire and former Nigerian military Governor of the old Kano State.

Since he was born into a wealthy family, Governor Abubakar Sani Bello found it easy to gather capital to start his line of businesses.

It is reported that he has investments in the oil and gas sector.

Net Worth: Abubakar Sani Bello is said to be the richest Governor in Nigeria with an estimated net worth of about $1 billion.

Although a lawyer by profession, he was the Minister of Education during the administration of President Goodluck Jonathan.

Net Worth: Nyesom Wike has an estimated net worth of over $500 million.

He had occupied various public offices that boosted his chances of becoming a state governor.

He was a former Director General of the Bureau of Public Enterprises and the former minister of the Federal Capital Territory, Abuja (FCT) under the Jonathan era.

He is one of the most educated governors in Nigeria with an LL.B certificate from London and a master’s degree in Public Administration from Harvard University.

Net Worth: Nasiru Ahmed El-rufai net worth is valued to be around $400 million. That’s why he’s on this list of the wealthiest Governors in Nigeria.

Dapo Abiodun is the current governor of Ogun state, the biggest state in south western Nigeria in terms of land mass.

He is also one of the most educated Nigerian governors with a degree in Accounting from Georgia State University.

Net Worth: His net worth is estimated at $314 million and this is so because he invested heavily in the oil and gas sector. Even before he entered politics, he was already the CEO of Heydon Petroleum, a top oil and gas firm in the country.

He was born on the 8th of December, 1955. Willie Obiano is the present governor of Anambra State.

He started his career as a banker before he went into politics as a member of the All Progressive Grand Alliance (APGA).

He worked with the First Bank of Nigeria at the start of his professional banking career before he left to join the services of Chevron Oil Nigeria Plc. as an accountant and rose to the position of Chief Internal Auditor.

In 1989, he was one of the auditors that audited Texaco Refinery in Rotterdam, Netherlands.

In 1991, he joined the Fidelity Bank as Deputy Manager and head of Audit unit and rose to the position of Executive Director in October 2003.

Net Worth: Governor Willie Obiano’s net worth is estimated at $300million, thereby making him one of the richest governors in Nigeria.

Godwin Obaseki, is the incumbent governor of Edo State. During his early years, he attended St. Matthew’s Anglican Primary School, Benin City where he obtained his First School Leaving Certificate after which he proceeded to Eghosa Anglican Grammar School, also in Benin City, Nigeria, for his secondary education.

After secondary school, he later attended the prestigious University of Ibadan where he obtained a Bachelor of Arts degree in Classics.

On completing his education at the University of Ibadan, Godwin Obaseki moved to the United States to attend the University of Columbia and Pace University, New York, where he obtained his Master’s degree in Finance and International business.

Godwin Obaseki is a fellow of the Chartered Institute of Stock Brokers of Nigeria and an alumnus of the Lagos Business School Chief Executive Program.

He was also nominated a Global Leader for Tomorrow (GLT) by the World Economic Forum in 2001.

Godwin Obaseki has an impressive career spanning over 30 years. His established track record in investment banking, asset management, securities trading and the public sector both locally and internationally stand him out among many.

In 1983, he joined Capital Trust Brokers Limited, Lagos, where he began as a stock broker.

He excelled greatly and he subsequently went on to bigger and better things like working with International Merchant Bank, an affiliate of First Chicago Bank.

He also joined AVC funds Limited, Lagos in 1988 and he served as Project Manager.

As Project Manager, he was team leader of the core team that set up two new generation banks which improved the banking system in Nigeria.

From 1993 to 1995, Godwin Obaseki worked as a Principal of Equatorial Finance Co. in New York. He also founded Afrinvest West Africa Limited, which was known at that time as Security Transactions and Trust Company Limited, SecTrust, and became the pioneer Managing Director.

He replaced Adams Oshiomole as Edo State governor, continuing the APC stronghold on the state.

Net Worth: Godwin Obaseki has a net worth currently standing at $225 million.

Governor Seyi Makinde is fondly loved by the people of Oyo state due to his selfless service to the people which is evident in his administration.

An active member of the PDP, Governor Seyi Makinde was born on 25th December 1967.

He is an Engineer and a subject matter expert on Fluid and Gas Metering.

He is the Managing Director of Makon Group Limited, an oil and gas company based in Nigeria.

He studied electrical engineering at the University of Lagos and also obtained training in several schools abroad, one of which is the Massachusetts Institutes of Technology, where he studied Understanding and Solving Complex Business Problems.

Net Worth: Governor Seyi Makinde’s net worth is estimated at $126million

Governor Aminu Waziri Tambuwal is the executive governor of Sokoto State. He was once the speaker of the Federal House of Representatives, a position he held from 2011 to 2015.

Net Worth: Governor Aminu Waziri Tambuwal’s net worth is estimated at $27 million.

Governor Yahaya Bello is the current governor of Kogi State.

He’s a graduate of the prestigious Ahmadu Bello University, Zaria, where he obtained a bachelor’s degree in accounting in 1999 as well as a master’s degree in business administration from the same university.

Net Worth: Yahaya Bello has a net worth of over $5.6 million.

Final Words On The Richest Governors In Nigeria

The names listed here are the current richest or wealthiest Governors in Nigeria presently.

How To Check NIN Number On MTN

The Richest Deputy Governors in Nigeria 2022

RRichest People
Want to know the richest Alfa in the country presently? You’re at the right place. This page reveals…
RRichest People
Who are the richest Sheikhs in Nigeria? Advertisements A sheikh is a rich and powerful man who is…
CCelebrities
Nigeria is home to many influential preachers; from across different denominations and backgrounds. Advertisements There are certain of…
RRichest People
Atiku Abubakar is a top Nigerian politician. He is a former vice president of Nigeria and the presidential…
RRichest People
Born on the 19th of July, 1961, Peter Obi is a Nigerian businessman, politician and former governor of…
CCelebrities
This article features Jidenna net worth, biography and music. Read on to learn about this highly talented…