In this post, I will show you the richest Kings in Yoruba Land, Nigeria. These Monarchs, also called “Oba” in their local dialects, are also among the most influential in the whole of the country.

Like you may be guessing “Oba” means ruler in the Yoruba and Bini languages of West Africa. It is also the word for “King” in Yorubaland, a region which is in the modern republics of Benin, Nigeria and Togo.

The title is distinct from that of Oloye, which is itself used in like fashion by subordinate titleholders in the contemporary Yoruba chieftaincy system.

Examples of Yoruba bearers include Oba Ogunwusi of Ile-Ife, Oba Adeyemi of Oyo, and Oba Akiolu of Lagos. An example of a Bini bearer is Oba Ewuare II of Benin.

Now, let’s go on to see the top richest monarchs in the yoruba land. Keep reading!

The following are some of the wealthiest kings in the Yoruba land in Nigeria: 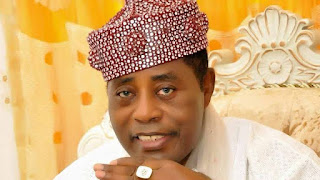 Fredrick Obateru Akinruntan is a Nigerian monarch, the traditional ruler of Ugbo Kingdom, a town in Ilaje Local Government, Ondo State, southwestern Nigeria. He is an oil magnate and founder of Obat Oil, one of Nigeria’s largest and leading privately held oil companies.

In March 2014 Forbes estimated his net worth as $300 million. Obateru is ranked by Forbes magazine as the second richest King in Africa and the richest in Nigeria.

The Ooni of Ile-Ife (Ọọ̀ni of Ilè-Ifẹ̀) is the traditional ruler of Ile-Ife and the spiritual head of the Yoruba people. The Ooni dynasty existed before the reign of Oranmiyan which historians have argued is between the 7th-9th centuries A.D.

The Ooni of ife estimated net worth is $200 million. He is one of the most powerful and influential African kings.

3. The Alaafin Of Oyo

Alaafin, or The Owner of the Palace in the Yoruba language, is the title of the emperor of the medieval Oyo empire and present-day Oyo town of West Africa.

The Alaafin of Oyo, Oba Lamidi Adeyemi is the monarch in the Oyo state of Nigeria. He ranks as one of the most influential king in Yoruba land. His net worth is about $40 million, so it’s easy to tell that the Oba is loaded.

The Oba of Lagos, otherwise known as the Eleko of Eko, is the traditional, yet ceremonial sovereign of Lagos, a coastal settlement of the Yoruba people that went on to become the largest city in Africa.

The Kingdom is the modern day Lagos State, the financial heart of contemporary Nigeria.

The king has no political power, but is sought as a counsel or sponsor by Nigerian politicians who seek support from the various residents of Lagos.

Oba Rilwan Babatunde Akiolu’s net worth is estimated at around $40 million. Not only that, his palace is worth ₦2 billion.

Adedotun Aremu Gbadebo III was born on the 14th of September 1943. He is the current Alake of Egba, a clan in Abeokuta, Nigeria. He has ruled since 2 August 2005.

Other Rich Kings In Yoruba Land Are;

These Kings are highly respected and feared throughout all over the country and beyond. Not only them but also their royal families.

There are two different kinds of Yoruba monarchs: The kings of Yoruba clans, which are often simply networks of related towns For example, the oba of the Egba bears the title “Alake of Egbaland”.

The second are the kings of individual Yoruba towns, such as that of Iwo – a town in Osun State – who bears the title “Olu’wo” (Olu of Iwo, lit. Lord of Iwo).

Have you been searching online for the richest or wealthiest kings in Yoruba Land?

I hope you find this information useful. If you do, please feel free to share this article online with your friends on social media by clicking on any of the share buttons below.

The Richest Alfa In Nigeria 2022