Dele Momodu’s Biography And Net Worth in 2022 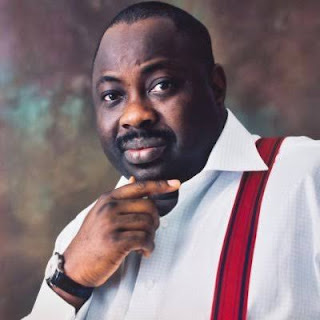 Are you interested in Dele Momodu’s biography and net worth in 2022? You’ve come to the right place.

This page reveals vital information about this distinguished business Man.

Who Is Dele Momodu?

He is the CEO and publisher of Ovation International, a magazine that has given publicity to people from all over the world, mainly in Africa.

Chief Dele Momodu (Ayòbámidélé Àbáyòmí Ojútelégàn Àjàní Momodu) was born on the 16th day of May 1960 in Ile-Ife, Osun State to a family of five.

He lost his father when he was 13yrs old and was raised by his mother who died on the 18th day of May 2007.

After the demise of his father, his mother became his only source if strength. She had given him up to a third chance at passing his WAEC (West African Examination).

Although his mother’s source of income was from petty trading, and she had two older children Dr. OlaDele B. Ajayi and Debbie Ajayi to care for, she labored hard to sustain her family, and in the words of Momodu, “She didn’t give up on me”.

Dele Momodu had his early education at a local authority primary school, Ile Ife in Osun State. He then proceeded to University Of Ife (Obafemi Awolowo University), Ile-Ife for a degree in Yoruba.

He furthered his education by going back to Obafemi Awolowo University for a Masters’s in English Literature.

On 30th of July 2016, Dele Momodu was awarded with an honorary doctorate degree (PhD) from the University of Professional Studies, Accra, Ghana, earning him the title “Doctor of Humane Letters”.

Dele Momodu lectured at the Oyo State College of Arts and Science in Ile-Ife, between 1982 and 1983 while on National Service.

Between 1983 and 1985, he was the private secretary to the former Deputy Governor of Ondo State, Chief Akin Omoboriowo.

Dele Momodu left the job at the motel to pursue his masters in English Literature.

While studying for his masters, he wrote articles for newspapers like The Guardian, Sunday Tribune and other Nigerian-based publications.

At the end of his program in May 1988, Dele Momodu got a job as a Staff Writer at African Concord magazine owned by late Chief M.K.O Abiola. After a while, he was promoted to the lead staff position for the weekend concord.

Even as a weekend Concord staff, Dele still wrote for other publications like the National Concord, Sunday Concord, Business Concord and “Isokan” a Yoruba newspaper.

Dele was very hard working and he was good at what he does. As a result, he got promoted to the Literary Editor position of weekend concord in May 1989, and in six months he became the News Editor of the paper.

His Venture Into Business

He became the highest paid editor in Nigeria in September 1991 after he edited May Ellen Ezekiel’s Classique, a magazine for superstars.

Following this great feat, Dele Momodu left the magazine and went into business as a bread distributor with “Wonderloaf” owned by M.K.O Abiola.

After Dele’s venture as a bread distributor, he began a public relations business called ‘Celebrities-Goodwill Limited’.

Dele Momodu was detained at the Alagbon Police Station by the Ibrahim Babangida regime for being part of the Moshood Abiola Presidential campaign. He was released on bail after 6weeks of detention.

Dele was accused of trying to overthrow the Abacha regime, therefore, he was declared wanted.

He ran for his life in disguise through Seme Border, Togo and Ghana and finally the UK. For 3 years, he could not return home.

London was his home for those three years until the death of Sani Abacha.

Dele ventured into politics at the age of 22, he started as the campaign manager for Moshood Abiola under the Social Democratic Party (SDP).

In 1999, he became the campaign manager for Olu Falae under the coalition of the Alliance for Democracy (AD) and All People’s Party (APP). And in 2011, he unsuccessfully contested for the presidency under the National Conscience Party (NCP).

The magazine was birthed with the intention of showcasing African culture, to promote Africa as a tourist center and correct the negative views the world has about Africa.

The magazine is now one of Africa’s most popular celebrity magazines with presence in over 60 countries.

Editions of the magazine are available in both English and French. The magazine is recorded as the only Bi-lingual magazine in Africa.

Building on the growth of Ovation Magazine, Dele decided to create a TV version of the magazine.

Ovation TV has been a huge success. The TV station airs in Nigeria, Ghana, United Kingdom, and the United States.

On the 19th of December 1992, Dele married his wife Mobolaji Abiodun Momodu.

In terms of net worth, sources have estimated Dele Momodu’s net worth at $40 million in 2021.

This article covers a detailed biography and other relevant information about Dele Momodu, a Nigerian Journalist, businessman, politician and motivational speaker.

His net worth is also featured here.

Leonard Stanley Nnamdi Ekeh Biography And Net Worth in 2022

CCelebrities
“Mercy Johnson’s Net Worth In Dollars” ranks among the most searched keywords concerning the A-list Nigerian actress,…
CCelebrities
This article features Jidenna net worth, biography and music. Read on to learn about this highly talented…
RRichest People
Are you searching online for Burna Boy Net Worth in 2022? You’ve landed on the right webpage. Advertisements…
RRichest People
Born on the 19th of July, 1961, Peter Obi is a Nigerian businessman, politician and former governor of…
RRichest People
Are you searching online for Nasiru Ado Bayero net worth? You’re at the right page. This article…
CCelebrities
Want to know more about the popular Nigerian comedy skit maker, MC Lively? You’ve come to the right…