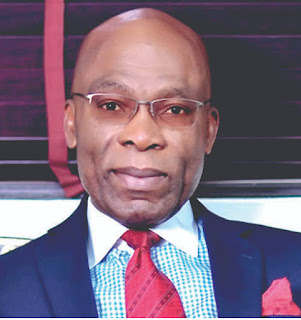 Are you searching online for the biography or net worth of Leonard Stanley Nnamdi Ekeh?

You’ve come to the right place. This page reveals the biography and net worth of this reputable businessman, Leonard Stanley Nnamdi Ekeh. Read on!

Who Is Leonard Stanley Nnamdi Ekeh?

Leonard Stanley Nnamdi Ekeh is a Nigerian Businessman. He is the Founder and Chairman of Zinox Group. He is also the Chairman of Konga.com

His father was a nurse, and his mother, a dietitian. He has three brothers and two sisters.

His Early Life and Education

During his early years, he had a dream to own the biggest transport company in Nigeria.

He obtained his Bachelor Of science degree in economics from Punjab University, India.

He later went to England and earned his Master Of Science (MSc) in Risk Management from the University of Nottingham.

He ensured that at launch Zinox Computers already had the Windows Hardware Quality Labs (WHQL) certification, the first in sub-Saharan Africa, consolidated 5 years later with the attainment of the NIS ISO 2000: 9001 QMS Certification.

In October 2013, the company announced the production of its computer tablet line named Zipad.

In February 2018, Ekeh’s company Zinox acquired Konga.com from its owners buying 99% of the total company shares.

Furthermore, Leo Stan Ekeh has spearheaded the creation of a good number of companies including:

Leonard Staley Nnamdi Ekeh is married to Chioma Ekeh. They got married in 1986, and they are blessed with five children: three boys, two girls.

According to Research, Leo Stan’s net worth as at today is over $1 billion. Above all, he is one of the top tech CEOs in Nigeria according to Ventures Africa.

Leonard Stanley is a recipient of numerous awards, both personal and company awards. His biography and net worth today is very inspiring.

Nigeria as a whole need Men like this in order to push this country forward. Men with business ideas and dreams. Men that can execute plans. Men that think “Outside the box”.

I hope you find this information useful, if yes, feel free to share with your family and friends.