Meet David Whitlock: The Founder Of Mother Dirt (AOBiome) Who Hasn’t Taken A Bath In Over 17 Years! 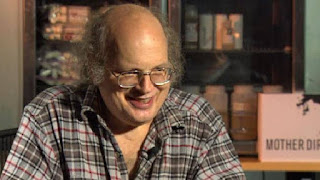 What does it feels like to go a day or two without bathing?

Well, David Whitlock has gone not just a day or week without bathing. He hasn’t taken a shower in over 17 years! And No, he doesn’t smell!!!

How does he live? You will find out in this article. Read on!

Who Is David Whitlock?

Here is everything you need to know about the man.

David Whitlock is the co-founder of AOBiome, a beauty and cosmetics company popularly known for its groundbreaking skin care products, Mother Dirt.

He currently lives in Boston, United States of America. He holds a Bachelor’s and Masters degree in Chemical Engineering from Massachusetts Institute of Technology, a private research university in Cambridge, Massachusetts.

His discovery that “Ammonia Oxidizing Bacteria could be reintroduced to the human microbiome” is the scientific bedrock on which the company based it’s production of skin care products.

What Does It Feels Like To Live Without Bathing? Will Your Body Smell Terribly?

According to David Whitlock, he has lived without taking a shower for over 17 years. He only sprays bacteria on himself and leave them to break down the sweat scent from his body. This is how he has been able to live all these years without smelling.

The amazing thing is that many journalists who has had the privilege of getting close to him and interviewing him, confirm that his body doesn’t smell.

The chemical engineer has been able to prove that you can live without bathing and body odour at the same time. All you need is introduce some ammonia oxidizing bacteria to your skin.

Also worth reading: Meet Femi Otedola: The Nigerian Billionaire Who Gave Out N5 Billion ($13M) To Charity In One Day

How Did David Whitlock Discover You Can Live Without Bathing And Still Smell Great?

In his interview, David Whitlock says that it was 2001 when he discovered the huge importance of ammonia oxidizing bacteria on the skin. This was after his girlfriend asked him why Horses like to roll in dirt.

In a bid to give a perfect answer to that question, he embarked on a very rigorous study which led him to discovering how AOB can help humans live a healthier lifestyle.

Following his discovery, both AOBiome and Mother Dirt were born.

The companies develop all their skin care products to promote the growth of ammonia oxidizing bacteria and their activities on the human skin.

How Healthy Is David Whitlock?

Even without a proper bath in over 17 years, David Whitlock lives a balanced, healthy life. Just like every normal person.

However, he is also known to wash his hands before eating.

David Whitlock is an American chemical engineer based in Boston, United States of America.

He is the co-founder of AOBiome and Mother Dirt, known for the promotion of microbiome or probiotics skin care.

His discovery in the discovery of Ammonia Oxidizing Bacteria, has given rise to many bacteria-friendly soaps and beauty products across the globe.

David Whitlock has also proven that you don’t have to take your baths regularly to smell good. All you need is to let microorganisms take care of your skin and body odour while you use your time for more creative stuffs

UBA Transfer Code: How To Send Money From UBA to UBA and to Other Banks In Nigeria Using *919#