The country is an ecosystem of various languages and tribes, each with its own culture, diversity, niche, and function in the economy.

Now, you have got to love the Igbo people. They are well known and appreciated for their tenacity, industry, hard work, and business sense (It’s like they are born with it).

When it comes to the world of business and money, the Igbo people have chief seats and this article brings you the richest Igbo men in Nigeria, you would want to sit down for this one.

This list contains 10 of the richest there is among Igbo men and their net worth. 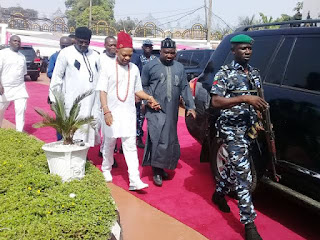 Arthur Eze is the richest Igbo man alive with an estimated net worth of over $5.8 Billion.

Born into a royal family, he is business man, a Philanthropist and a Politician.
He is the CEO of Atlas Oranto Petroleum, which is the largest holder of oil exploration and production blocks in Africa.

Arthur Eze has 5 different models of Rolls Royce motors,  a private jet, and a Falcon Plane valued at about $25 million.

Cletus Ibeto is the founder and Chairman of the Ibeto group, Nigeria’s largest manufacturer of automotive spare parts.

His net worth is estimated at $3.8 billion.
Amongst the cars in his collection are; Rolls Royce, Mercedes Maybach S- Class, Innoson IVM G40.

Emeka Offor is the chairman of the Chrome group. His company buys and distributes bitumen to both modest and large organizations such as Julius Berger Nig. Ltd.

He is the founder and CEO of Aiteo Group, a company known as Nigeria’s largest indigenous oil producing firm.
The company owns one of the largest petroleum tank farms in Nigeria and huge stakes in the Niger Delta.

He is ranked by Ventures Africa as the 17th richest person in Africa and the 7th richest in Nigeria.

Ifeanyi Ubah is the CEO of Capital Oil and Gas Industries Limited, one of the major players in the Oil and Gas industry in Nigeria.

He doubles as a senator representing Anambra South Senatorial District in the Nigerian Senate.

He is also the founder of Authority Newspaper and Ifeanyi Ubah F.C., a Nigerian football club.

He is well known as a philanthropist, but he also an entrepreneur with a net worth of

Mr Elumelu has major investments in the real estate, energy, agriculture, finance and health sectors; along with controlling interest in Transcorp.

Amongst the exotic cars Tony Elumelu possibly have are The Range Rover, BMW and Mercedes Benz S. Class.

Although, he  is one of the richest politicians from Imo State, his riches came from business.

Mr. Rochas is the founder of Rochas Foundation, which consists of special schools that are placed all over Nigeria. These schools offer education to poor children.

Among his fleet of Car are a Rolls-Royce Phantom, Mercedes-Benz S600, Mercedez Benz AMG63 and Lexus LX 570.

He also has assets and investments in shipping, banking, oil & gas and health.
He is believed to be the owner of Neimeth Pharmaceutical International Plc.

He obtained an M.B.B.Ch. degree in 1985 and trained as a General Surgeon at the Lagos University Teaching Hospital, Lagos.

Orji Uzor Kalu is the founder of Slok Holding, a West African conglomerate with interests in shipping, banking, oil trading, manufacturing and the media.
The billionaire politician is also the chairman of the Sun newspaper in Nigeria.

Orji Uzor Kalu lives a life of luxury as he has two private jets, houses in Lagos, Abia, Maryland USA, and fleets of cars to his credit.

Leo Ekeh is a multi-billionaire business tycoon and the CEO of Zinox Technologies, a company established to produce computers.

He is also the chair of Konga, an online shopping Centre where “buyers meet sellers”

He is the founder of several technology companies in Nigeria including Zinox technologies, which is also the first computer manufacturing company to receive Windows Hardware Quality Labs certification.

In summary, these men made their money legally through creative thinking, hard work and perseverance. We honour their contribution to the economy and their support to younger and aspiring entrepreneurs.

This is the list of the top 10 richest Igbo men in Nigeria. Also mentioning are the likes of Obi Cubana, E-Money and so on.