Aliko Dangote Biography And Net Worth in 2021 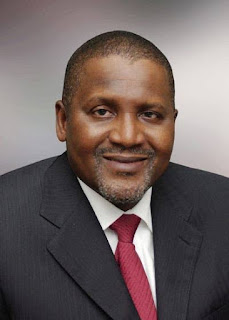 Are you searching online for Aliko Dangote biography and net worth? You’ve come to the right place.

This article reveals Aliko Dangote net worth in 2021. Read on!

Who Is Aliko Dangote?

Aliko Dangote is a Nigerian businessman. He is the wealthiest person in Africa, with lots of businesses to his name.

He was born on the 10th of April 1957 (Age 64) into a wealthy Muslim family of the Nigerian bourgeoisie, the son of Mohammed Dangote and Mariya Sanusi Dantata, the daughter of Sanusi Dantata.

He is the great-grandson of Alhassan Dantata, the richest West African at the time of his death in 1955.

Dangote was educated at the Sheikh Ali Kumasi Madrasa, after which he attended Capital High School, Kano.

In 1978, he graduated from the Government College, Birnin Kudu.

He received a bachelor’s degree in business studies and administration from Al-Azhar University, Cairo which is considered one of Islam’s most prestigious universities.

The Dangote Group was established as a small trading firm in 1977, the same year Dangote relocated to Lagos to expand the company.

At the age of 21, Dangote borrowed $3,000 from his uncle to import and sell agricultural commodities in Nigeria, his country of Irigin.

His business venture quickly became a success, and as a result, he managed to repay the entire loan within three months of starting operations.

In 1997, Dangote realized that acting as a middleman was a very costly endeavor, so he built a plant to produce what he had been importing and selling for the previous 20 years, which includes; pasta, sugar, salt, and flour.

Around the same time, Dangote was awarded a state-owned cement company. Dangote significantly expanded the operations of the company in 2005 by constructing a multimillion-dollar manufacturing plant.

However, Dangote Cement makes up the majority of the conglomerate’s revenue, of which Dangote owns 85%.

According to Forbes magazine, the subsidiary produces 45.6 million metric tons of cement every year and operates in 10 African countries.

Dangote also owns the world’s third-largest sugar refinery, and together, all of his publicly traded companies make up a quarter of the market capitalization of the Nigerian Stock Exchange.

Dangote lives in Lagos, Nigeria. He has been married and divorced twice. He has three daughters: Mariya, Halima and Fatimah, he has one adopted son Abdulrahman Fasasi.

He is also an avid enthusiast of Arsenal F.C. in England and has shown interest in buying it.

Aliko Dangote is the wealthiest person in Africa, with an estimated net worth of US$11.1 billion as of May 2021.

Dangote’s fortune is primarily built from his company, Dangote Cement, although he started his business empire by selling commodities such as sugar, salt, and flour.

While he grew up upper-class, Dangote was entrepreneurial from a young age and started his first business with a loan from his uncle.

Dangote has been the richest man in Africa for ten years in a row, with a net worth of almost $11.1 billion.

I hope you find this information useful, if yes, feel free to share.

Leonard Stanley Nnamdi Ekeh Biography And Net Worth in 2022

World's Richest Billionaires And Their Net Worth (September 2021)

CCelebrities
Are you searching online for Don Jazzy’s net worth in 2021? You’re at the right place. This…
RRichest People
If you are searching on Google for Folorunsho Alakija true success story, this is right webpage for you.…
CCelebrities
The Nigerian music industry has experienced a boom in the last 3 decades. Some artists have gained global…
RRichest People
Abubakar Sani Bello also known as Lolo, is a Nigerian politician and the current executive Governor of Niger…
RRichest People
Deputy Governors are the second citizens of a state, the position confers honor and prestige on the occupant.…
RRichest People
Advertisements Davido and his father, Adedeji Adeleke The name “Adeleke” is one of those known for wealth…