This page features the top 10 most powerful kings in Africa. You can as well refer to them as the richest wealthiest kings in the African continent.

Apart from the fact that Africa is full of democratically governed countries, it is still a land that respects tradition. Most of African traditions requires a ruler. Although there are only three African countries with constitutional monarchies, namely;

But there are several hundred traditional monarchs dispersed across Africa in urban, semi-urban and rural communities in independent countries.

Mostly, these monarchs wield little or no formal political power, but they fulfill spiritual and ceremonial obligations to members of their community.

Most of this kingship is passed down generation through their offsprings. The kingship remains in one family for generations. That particular family is considered royalty.

Being a traditional ruler in Africa is lucrative, as most of them participate in political affairs and as such they are formally recognized by state institutions and as a consequence, receive generous stipends and allowances from the government.

Many African monarchs also earn a significant income through the goodwill and generosity of their communities.

It is very common for a wealthy member of the community to give large sum of money, cars, lands, houses and other gifts to their Kings in return for spiritual blessings or unrelated favors.

Africa has an amazingly rich and unique history and there have been hundreds of kings, queens, sultans, Chiefs and emperors since the dawn of time. Despite civilization, Africans takes their tradition very important.

Below are the top 10 most powerful and wealthiest kings in Africa presently: 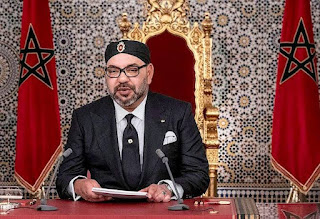 His Majesty King Mohammed VI of Morocco is the wealthiest monarch in Africa with an estimated net worth of $2 billion.

He derives his fortune from his control of Société Nationale d’Investissement (SNI), a large Moroccan investment holding company with assets valued at more than $10 billion.

Oba Akinrutan, who ascended the throne in 2009, is also the founder of Obat Oil, one of Nigeria’s largest privately-held oil trading companies.

He is a very wealthy and powerful king with an estimated net worth of $300 million.

The Sultan served in the military from 1977 and retired in 2006 as Brigadier General.

He became the 20th Sultan of Sokoto in November 2006 after the death of Sultan Miccado on ADC Airlines Flight 53.

Sa’adu is the most powerful traditional leader in Northern Nigeria and is the Nigerian head of the Islamic religion.

He has an estimated net worth of $100 million

Ile-Ife is generally believed to be the traditional home of the Yoruba civilization.

He ascended the throne in 1980. He is the 84th Oba Sijuwade. He is also a prosperous businessman with an estimated net worth of $75 million

Mswati III is the king of Eswatini and head of the Swazi Royal Family. He was born in Manzini in the Protectorate of Swaziland to King Sobhuza II and one of his younger wives, Ntfombi Tfwala.

This monarch is well known for his relationships with women (he had at least 15 wives at the last count), and for his flamboyant parties.

Nnaemeka Alfred emerged as the Obi of Onitsha in May 2002. He is one of the most prominent kings in the South Eastern Nigeria.

Nnaemeka is currently the Chancellor of Ahmadu Bello University as well as the chairman of the board of directors of Unilever Nigeria.

The Obi also serves as the chairman of International Breweries (ABInBev), Nigeria. He is also a successful business Man with an estimated net worth of $50 million.

Oba Rilwan was crowned the 21st Oba of Lagos in May 2003. He is a law graduate from the University of Lagos.

He served in the Nigerian Police Force for 32 years, where he ascended to the position of Assistant Inspector General. He has an estimated net worth of $40 million.

He ascended the throne in 1999 and serves as the political and spiritual head of the Asante people. He has an estimated net worth of $40 million.

He holds a Business Administration degree from the University of Ghana and an MBA from Yale School of Management. Togbe is a great investor with an estimated net worth of $30 million.

King Goodwill ascended to the monarch position in 1968 after his father, King Cyprian Bhekuzulu, passed away.

The Zulu ruler gets an annual allowance of $6 million. He also receives grants and other luxuries from the South African government, which are deducted from the country’s revenue.

King Goodwill is a very wealthy monarch with an estimated net worth of $19 million.

In the African society today, if you’re a king and you’re not wealthy then you command less respect. The kings listed above are the current most powerful kings in Africa mainly because of their wealth. They have great influence on people.

I hope you find this information useful. If yes, please feel free to share it online now with your friends on social media by clicking on any of the share buttons below.

The Richest Alfa In Nigeria 2022

Top 10 Most Expensive Luxury Cars In The World 2021 (Photos)