Let’s talk about the winners of the Grammy Awards that took place in March, 2021.

Did you know that what we refer to as the Grammy Awards today was once called the Gramophone Awards when it began in 1959?

Every year, the Recording Academy presents these Awards to recognize and commend exceptional achievement in the Music Industry.

The presentation is always accompanied by a Show, but like many other things this year, a lot of the performances and even award acceptances had to be done virtually, that is with no live audience.

Everybody knows that the Grammy Awards are a huge deal. Like, the Grammys are  the biggest awards any artiste can hope to win.

Winning a Grammy is a win, not just for the artiste but for everyone that loves and supports them. Being in the fan base of someone that wins this award is equal to automatic bragging rights.

This year, we saw a number of Nigerians win the Grammys and it was a source of so much Joy and encouragement to all of us. Let’s meet some of the Grammy Award Winners From Nigeria. 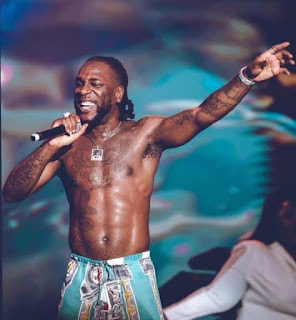 The ‘African Giant’ had a lot of Nigerians glowing with pride as he won a Grammy for “Best Global Music Album”,  for his 2020 album, Twice as Tall.

This music icon has been making waves for a while now in the Nigerian Music Industry. This Award came after he was nominated for the second time for a Grammy.

This Grammy also saw him set a record as the very first Nigerian to win a Grammy as a solo artiste. Burna Boy,  whose real name is Damini Ebunoluwa Ogulu took to his Social Media pages to massively celebrate this win.

He also pulled off an amazing Grammy Performance involving two songs from his Twice as Tall album that got all of us talking.

He refers to his win as a win not only for himself but also for everyone of his generation. Burna Boy has always been loud about his dreams for Africa and this looks like a great stepping stone to achieving all he intends to achieve. 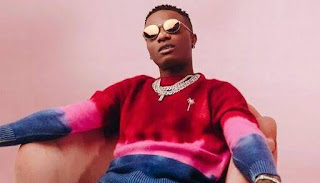 We also saw our very own Star Boy, Ayodeji Ibrahim Balogun, aka Wizkid receive an award for “Best Music Video” for the song Brown Skin Girl, a song for brown skin girls all over the world.

The music video in question was a truly artistic reflection of the Black girl child and all she can be if she would learn to let her beauty soar.

Music is a universal language and great feats will always be celebrated. This is why these artistes’ win is considered a win for a lot of people.

It shows greater International Recognition and hope for a tomorrow where even more, the skill and talent in our amazing Country will get to express itself and be recognized. We also see the value of working hard and chasing our dreams.

Congratulations once again to our Grammy Award Winners From Nigeria.