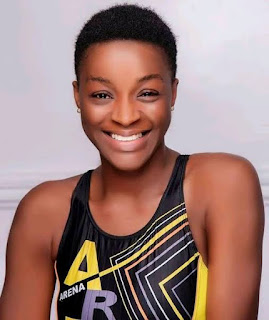 She is known for starring in well over 50 movies over her career, such as, The end is near, Child of Pain, Roasted Alive and Tears of the innocent. She is also a Model, Film director, Script Writer, Socialite and Fashion Entrepreneur.

Meet David Whitlock: The Founder Of MotherDirt Who Hasn’t Had A Bath In Over 17 Years

She went on to study Accounting in Ebonyi State University where she got her B.Sc degree.

She began her Acting Career in 2009, but became more popular for her role in the drama “The End is Near” in 2012. She has since been active, and is notable for starring in a lot of Traditionally Set Movies.

The actress is also notable for being the C.E.O of Print-Afrique Fashion Ltd, a luxury fashion house based in Abuja, Nigeria in 2016.

Her launch of the showroom in 2016 was met with a lot of anticipation, considering the fact that the actress is a Fashionista and is known for stepping out  in outstanding Ankara outfits.

Discover The Richest Nollywood Actresses In 2021

Eke is the daughter of the Honourable Commissioner for Education in Ebonyi State, Professor John Eke.

She got married to her husband, Austin Faani Ikechukwu, a movie director in 2013, and they now have four Children, which are Kamara Faani, Kaira Faani, Chiemerie Faani and Diamond Kandilichukwu Faani.

The actress took to Social Media on the 24th of April, 2021, to celebrate her latest Baby girl who she referred to as a Queen and a sign of God’s favor towards her. 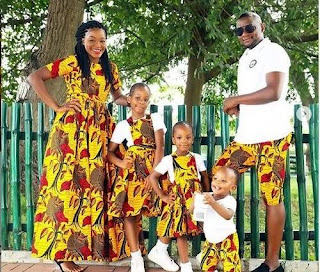 This baby has come in the midst of a lot of rumors going around about the end of the actress’s marriage after she made a social media post in October 2020, claiming that her marriage crashed due to domestic violence, adding that she was diagnosed with bipolar disorder.

ChaCha Eke is acknowledged as one of the most prominent and well to do Nollywood Actresses with a net worth of about 800,000 dollars.

This is a cumulative result of her work in the Nigerian Film Industry, as well as her income from her Company, Print-Afrique Fashion Ltd.

In a video released on Instagram in October, 2020, ChaCha Eke revealed that she was receiving treatment for Bi-polar disorder, a mental health condition.

She revealed this while laying to rest rumors that she had been abused by her husband, Ikechukwu Faani. She however stated that she was receiving treatment at First Delta American Hospital, Asaba, Delta State.

Chacha Eke is an award winning Nigerian actress with many movies to her name. The young movie star is known all over the country for her acting skills.

Have you have been hearing the many stories online about actress ChaCha Eke and wondering about her, I hope you find this very helpful.

Fenugreek In Yoruba: Check out what the seed is called and used for in Nigeria

Know more
CCelebrities
Do you care to know about RiceGum’s net worth (2022)? You are on the right blog. Bryan Quang…
CCelebrities
Are you searching online for WhiteMoney BBNaija’s age, biography, real name, state of origin, girlfriend or net worth?…