Meet The Queen Of Dark; Nyakim Gatwech, The Model With The Darkest Skin In The World

Nyakim Gatwech is a South Sudanese model, brand ambassador and Instagram influencer. Her uniquely dark skin gained her the famous “queen of dark” title. She is the blackest or better put, the darkest woman in the world. 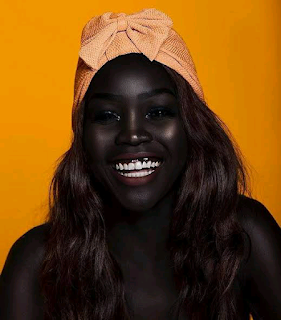 Nyakim Gatwech was born on the 27th of January 1993, at Gambela, Ethiopia. Her parents are of South Sudan descent. Even though the queen of dark has rarely been to South Sudan, she still considers herself a full blooded South Sudanese.

She is one nilot you can’t help but wonder at her beauty. Her blue black skin is so beautiful that it has attracted her many followers on social media.

Just like Khoudia Diop, another highly pigmented Instagram sensation, Nyakim faced lots of discriminations due to her skin colour before coming to limelight. Especially from people pressuring her to bleach her skin.

Today, many dark skinned ladies look up to her as a role model. She is indeed the true expression of the uncommon beauty possessed by dark skinned people across the world.

Interestingly, the blackest queen in the world is in a love relationship with the “whitest man” (black albino man).

They have been seen together on several occasions in public. The model has also been known to spend several weekends in the “unidentified” man’s house.

Take a look at some of the pictures of the super dark African queen below: 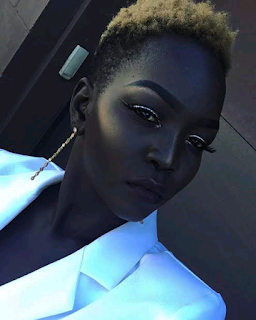 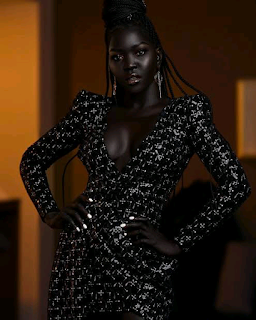 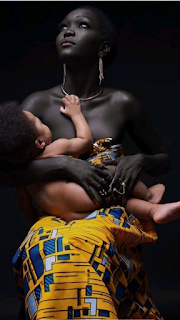 "Why Do People Speak More Of English When You Call Them On Phone?" Join The Discussion

Know more
CCelebrities
This article is all about Mike Tyson net worth, early life, and career. The American boxer and media…

Know more
CCelebrities
Do you care to know about RiceGum’s net worth (2022)? You are on the right blog. Bryan Quang…