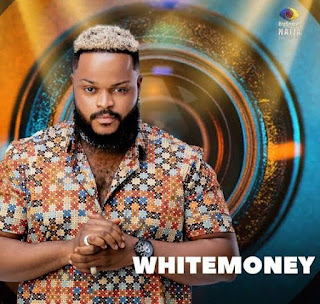 Are you searching online for WhiteMoney BBNaija’s age, biography, real name, state of origin, girlfriend or net worth? This is the right webpage for you. This article features everything you need to know about WhiteMoney.

The popular Nigerian reality show Big Brother Naija that has captured the attention of a lot of people just got concluded and the one person that emerged winner was Whitemoney.

While in the house he was considered a favorite as he has been able to amass a large number of fans owing to his down to earth personality which has drawn many to him, including his fellow housemates. He was also known as the chef in the house.

Whitemoney has many positive vibes around him and is usually the go-to when some housemates have issues.

In this article we’re going to focus on everything you need to know about Whitemoney, his family, educational background, occupation, relationship and net worth.

Whitemoney grew up in Kaduna State in the Northern part of Nigeria. But hails from Enugu State and is Igbo by tribe.

He was born into a family of 4 including his mom and 2 brothers. He never knew his father but grew up with his mom who owns a restaurant.

There are no details of the school he attended. It is believed he had his primary and secondary school education in Enugu.

Whitemoney, in a statement, revealed he managed to pass his NECO exam and never went to the University, but he considers himself smart.

After he relocated to Lagos State, whitemoney has been involved in one business or the other.

He revealed he started as an okada rider, however, he is now an importer of shoes.

The reality star also disclosed that he had worked as a barber, photographer, sold hair products, repaired generators and also fixed telecommunication towers.

He also loves cooking and ran a restaurant with his mother.

Whitemoney entered the 6th season of Big Brother Naija as the fifth contestant on 24 July 2021. He was then declared winner during the finale as he scored 47% of the votes ahead of Liquorose and was entitled to the N90 Million grand prize.

In a recent interview with BBC Pidgin, WhiteMoney spoke about his love life and how he has been single since 2015. He also said any lady who claims to have been his partner since that time is lying woefully.

He also denied the rumor about a woman claiming to be pregnant for him and asked how that would have been possible as he was still at big brother house at that time.

Having won the Big Brother Naija Season 6; Shine Ya Eye, Whitemoney’s fame and smartness has travelled far and wide. His net worth is now over N100 Million.

In an argument with fellow housemates, White money said this about his net worth “if you want to know my worth follow me to my village”.

He argued that Igbo men don’t spend their money where they hustle. They rather build their houses and spray money in their hometown.

Are you a fan of WhiteMoney BBNaija? Have you been searching online for WhiteMoney age, biography, real name, family, State of Origin, girlfriend or net worth?

I hope you find everything you need to know about the reality TV star here.

Kindly share this article online with your friends by clicking on any of the social media share buttons below.