Stamp Duty Charge In Nigeria: Why banks are removing money from your account 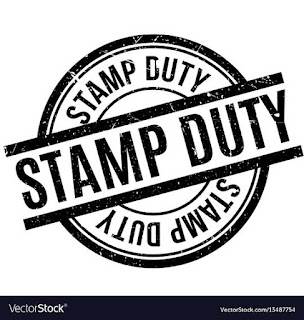 Social media has been in an uproar since the Finance Act Amendment 2019, as various persons took to different platforms decrying the new stamp duty charges imposed on them.

While many do not properly understand what stamp duty is, others are completely against the charge in itself.

So why are banks removing money from your account? What is this stamp duty charge anyway?

You’ll find answers to these questions below.

What is Stamp duty charge?

It is a Government levy on written or electronic transaction documents.
The duty can be charged at a fixed rate or ad valorem (according to value).

The stamp duty is not a new tax at all; it is one of the oldest. The Stamp duty act (SDA) was enacted in 1939 to provide a statutory foundation for the imposition of duties on instruments such as agreements, contracts, bank deposits, bills of sale, bonds, bills of exchange, certificates, deeds, legal mortgages e.t.c.

However, it applied only to physical and printed documents, but the amendments by the Finance Act 2019 were geared towards expanding the scope of dutiable instruments in the SDA to cover electronic and digital forms.

This was done by the Government seeking to raise its revenue, and it recognized technology, e-commerce, and cross-border transactions as a way of doing so.

With this amendment came the dues on banking affairs.
The CBN announced that a flat rate of N50 would be charged on receipts issued for “all” bank transfers above N10,000 on savings accounts, and above N1,000 on current accounts, excluding intra-bank transfers or between the same beneficiary.

So who gets to pay?

The beneficiary of the agreement usually has the responsibility to pay the charge.
You only get charged for cash received, either by physical deposits or online transfers.

So it, therefore, means that every time you get a credit alert of above N10,000, you relinquish a sum of N50 to the bank.
Well, not necessarily the bank, because the bank, in turn, remits it to the Government of Nigeria.

Note, your bank isn’t stealing from you, they only must deduct and remit stamp duties due on such transactions into the FIRS stamp duty account with the Central Bank of Nigeria.

To this effect, many banks sent out emails to their customers informing them of the duties.

Charles Adepoju, a cash officer with Access Bank said it is a directive from CBN, “and the banks have to take the charges for stamp duty, who would bear the cost if not deducted.”

Customer Responses to the Charge

Social media was full of the outcries of people who complained of extortion, and the financial burden of having to pay another charge, in addition to the numerous charges on their bank account.

Some people complained about their banks deducting N50 on transactions below N10,000.

Others complained about multiple deductions “and in a week the banks had deducted N1500”, as a UBA customer complained.

However, according to the act, you are only charged for credits above N10,000, while the frequency and sum would depend on the frequency of your credits.

Nigerians have resorted to keeping their cash at hand, hampering the progression of the cashless society.
Others have taken to other payment platforms.

Experts in the financial decor have condemned the imposition of the charge, saying it would hamper the CBN drive to get underserved Nigerians financially included and would support tax evasion. Others say the government should have waited till the current economic situation in the country improved.

Banks are not removing stamp duty charges for their desires, they are to do so and remit to the government under their obligations.

VAT Rate In Nigeria: Everything you need to know

Cheap Flights From Lagos To Abuja