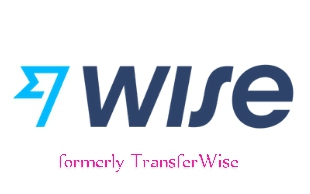 Hi! In this post, I’ll show you Wise (TransferWise) swift code for making international transactions. With this swift code, you can easily send or receive payments directly into your Wise account in Nigeria or anywhere else. Check it out!

TransferWise, which recently renamed itself Wise, is essentially an online account where you can send money abroad or get paid in other currencies, and spend abroad on their Wise debit card.

The company started out as a simple overseas money transfer service in 2011.

TransferWise saves you money by taking a small percentage of the transaction, rather than having you pay a credit card transaction fee or a bank transfer fee.

Is Transferwise Safe And Legit?

Yes, Transferwise is safe and legit. Move your money with no hidden charges and for up to eight times less than traditional banks. Their method is easy and fast without sacrificing security and has been trusted by over one million customers across the world.

Your TransferWise borderless account is an Electronic Money account. It’s important to note how it differs from a bank account because: You won’t be able to get an overdraft or loan. You won’t earn interest on your account.

Wise isn’t a bank, Unlike banks, they do not lend out customers money. Instead of protecting your money in a financial protection scheme (like FSCS), they safeguard your money.

What Is A Swift Code?

A SWIFT Code is a standard format of Bank Identifier Code (BIC) used to specify a particular bank or branch.

These codes are used when transferring money between banks, particularly for international wire transfers. Banks also use these codes for exchanging messages between them.

The swift code usually comes in the following format:

The first four letters represents the bank. It usually looks like a shortened version of that bank’s name.

Following the bank code are two letters representing the country the bank is in.

The next two characters made up of letters or numbers represents the location of the bank in the country. It says where that bank’s head office is.

When you send or receive an international wire with your bank, you might lose money on a bad exchange rate, which is like a hidden fee. That’s because the banks still use an old system to exchange money.

We recommend you use Wise, which is usually much cheaper.

I hope you find this information useful. If yes, please feel free to share.

GTBank Swift Code (For Receiving Money From Outside Nigeria)