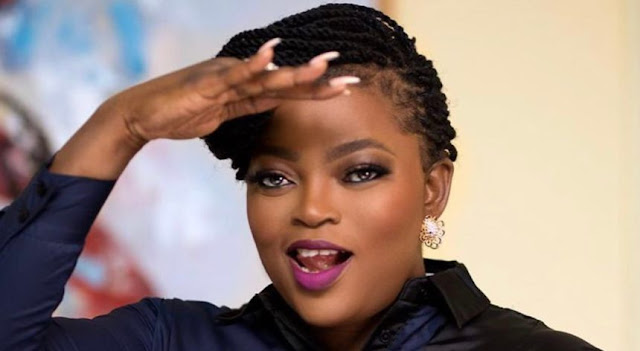 The Nigerian Movie Industry, Nollywood, has produced great comic actors that are not just funny but inspiring.

Most of them performs well in their act and are remembered even after their death.

A typical example is Sam Loco Efe, who used his grammatical words and vocabulary in his communications and diction while acting.

He had fans that loved him for that. Unfortunately, he died in his hotel room  in Owerri.

Without wasting much if your time, let me quickly list the best comedy actors in Nigeria presently in no particular order.

She was named best actress in a comedy at the 2016 African Magic Viewers Choice Award, thanks to this comedy program, Jennifer’s Diary where she played a leading role.

In 2009, she won the Africa Movie Academy Award for best actress in a leading role.

She is an ambassador to Dettol, she signed endorsement deals with Iroko tv, Waw detergent and Keystone bank.

She has featured in movies like married but living single, my siblings and I, jennifa, the return of Jennifer, your Excellency, a trip to Jamaica, Pretty liars, beautiful liars, unbeatable liars etc.

She is the real mama as people call her.

She hails from Kogi and is married to Prince Okojie.

In 2013, she won the best actress  award at the 2013 Africa Magic Viewers Choice Award for her role in the comedy movie Dumebi the dirty girl.

She was listed as the Google most searched actress in 2011.

Mercy Johnson is also among the richest Nollywood actors in Nigeria presently.

She is the SSA, Senior Special Assistant to the Kogi state governor on Entertainment, Arts and Culture.

She has other businesses like her Kitchen  Talk Show, Mercy’s Menu.

She did her Youth service at the Nigerian Television Authority, from there she desires to appear on television.

She is known as “Mama of Nollywood”.

In 2017, she won the best supporting actress at the African Magic Viewers Choice Award.

He is outstanding in the comic group, mere looking at him will make you laugh.

He is popularly known as Mr IBU.

His acting acting could be characterized with imbecility and stupidity.

His role in the movie Mr IBU made him famous.

He is an actor and a comedian, he has featured in many movies like Keziah, IBU in London, Mr IBU, 9 wives, police recruit etc.

He acquired many handwork in a bid to survive.

He is a veteran Nigerian actor, a movie producer and a comedian.

He is known for his use of a special language slang and phrases.

He is listed as one of the outstanding comedians that contributed to the growth of the Nigerian comic genres by Prof. FEMI Shaka.

Agu hails from Udi, Enugu and is married to Mrs Nkechi with 5 kids.

He featured in many movies like fire on the mountain, the Catechist, Nkwocha etc.

He is an actor and a comedian that translates the script to look more real, fun and inspiring.

He is an Engineer by Profession.

He featured in Osuofia in London, which gave birth to his popular name Osuofia.

Owoh featured in the movie The Master, where he acted as a scammer. He later sang the song “I Go Chop Your Dollar.”

But the song was banned by  the Economic Financial Crime Commission and the Nigerian Broadcasting Commission.

He hails from Akwa Ibom, southern part of Nigeria.

He is an actor and a comedian.

He featured in the movie UYAI produced by Emem Using. It was this movie that shone great light in his career life.

He has featured in over 100 movies.

He is the brand ambassador of GLO Nigeria Limited.

He is a movie producer and director, an actor and a comedian.

He has a TV series show called The Johnson’s, where he answered Lucky Johnson.

He has featured in many Nigerian movies and is still making his way to people’s heart.

This hilarious actor is known for speaking in American accent.

He made a hilarious video clip of himself and this made him popular.

He is a Nigerian actor and a comedian

Aki and Paw-paw as they are popularly called are baby dwarfed but it wasn’t a limitation to their success.

They are referred to in every household because of both the positive and negative impact they have created on their fans.

Final Words On The Best Comedy Actors In Nigeria

You will agree with me that these actors are doing great job for us, at least, they help keep away hypertension from some of us.

I hope your knowledge about this comedians will make you support Nollywood.

LLegal Tips
Advertisements Searching online for the best law firms in Nigeria?   A law firm is a business…
GGeneral Tips
Have you sought for how to open a post office box or a private mail bag in…
GGeneral Tips
Want to learn how to become a registered engineer in Nigeria? This page is for you. This…
NNigeria Tips
Are you searching online for how to renew driver’s license in Nigeria? Check this out. Advertisements In…
LLegal Tips
Are you searching for Nigeria’s most competent and successful lawyers to handle your case? Advertisements  …

Know more
NNigeria Tips
If you are interested to know about the ranks of  Nigerian navy, and salary structures, this post got…