Common Causes Of Disabilities In Children 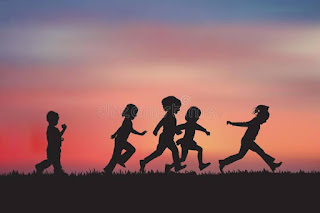 Disability is any medical condition that makes it more difficult for a person to do certain activities or effectively interact with the world around them (socially or materially).

These conditions, or impairments, may be cognitive, developmental, intellectual, mental, physical, sensory, or a combination of multiple factors.

Also Read: How To Protect Your Child’s Innocence (For Parents And Guardians)

Types of Disabilities In Children

This is a serious developmental disorder that impairs the ability to communicate and interact.

This is a congenital disorder of movement, muscle tone or posture.

3. Chromosome abnormalities such as trisomies

Trisomy is a genetic disorder in which a person has three copies of a chromosome instead of two.

This is a genetic chromosome 21 disorder causing developmental and intellectual delays.

This is a genetic condition causing intellectual disability

This is an inherited medical condition caused by a DNA abnormality.

This is a birth defect in which a developing baby’s spinal cord fails to develop properly.

This is a nervous system disorder involving repetitive movements or unwanted sounds.

This is a disorder caused by a defect in chromosome 22

Visual impairment, also known as vision impairment or vision loss, is a decreased ability to see to a degree that causes problems not fixable by usual means.

This is a total or significant loss of hearing.

This is a wide range of conditions that affect mood, thinking and behaviour.

Also known as Infectious diseases such as lymphatic filariasis, tuberculosis, HIV/AIDS, and other blood transmitted diseases.

Neurological consequences of some diseases such as encephalitis, meningitis, and childhood cluster diseases (such as measles, mumps, and poliomyelitis) contribute to disability.

Chronic diseases such as diabetes, cardiovascular disease, arthritis and cancer cause the majority of long-term disabilities.

Injuries due to road traffic accidents, violence, conflicts and falls have long been recognized as contributors to disability.

Hearing impairment may be caused by a congenital defect, injury, disease, certain medication, exposure to loud noise or age-related wear and tear.

Cerebral palsy may be caused by asphyxia neonatorum, or a lack of oxygen to the brain during labor and delivery.

Genetic disorders can be caused by a mutation in one gene (monogenic disorder), by mutations in multiple genes (multifactorial inheritance disorder), by a combination of gene mutations and environmental factors, or by damage to chromosomes (changes in the number or structure of entire chromosomes).

This page reveals some common disabilities in children and their causes. If you know the cause of a disability, then it can be prevented.

I hope you find this information useful. Feel free to share with your family and friends.

How To Protect Your Child's Innocence In This Morally Bankrupt World

Google’s $1 Billion Africa Internet Pledge – What Does It Involve?