Google’s $1 Billion Africa Internet Pledge – What Does It Involve? 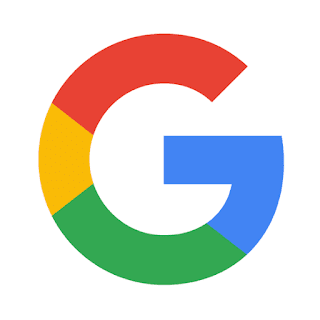 Google’s $1 Billion Africa Internet Pledge – What Does It Involve? You asked.

This is why many of the world’s leading tech firms are targeting the continent as a key growth area over the next decade.

One in six people in the world live in Africa – but its digital infrastructure is much lower than the global average.

This is why many of the world’s leading tech firms are targeting the continent as a key growth area over the next decade.

Also Read: How To Verify Google Adsense in Nigeria

Here’s what the ten-year plan will involve.

Africa suffers from some of the slowest internet speeds in the world. Nations such as Ethiopia and Malawi have average connections of below 0.5 megabytes per second (MBPS) compared to, say, Denmark, which has 107.78, according to Fastmetric. This means that while users in Europe and Asia are bouncing around sites ranging from internet forums to lottery sites, their African counterparts are often struggling to perform basic tasks.

However, the project has an ambitious aim: to boost internet speeds five-fold, increase capacity by 20 times, and reduce the average internet price in the process.

Also Read: How to get Adsense Pin in Nigeria

Google and Alphabet CEO Sunar Pichai referred to it as a ‘digital transformation’ and confirmed the company’s commitment to make the internet ‘accessible, affordable and useful for every African’.

His pledge must be welcome news to people across the continent, but how do Google plan to achieve such lofty ambitions?

Google are in the process of building an undersea cable connecting Africa to Europe. It has been under construction since 2019 and, when complete later this year, it’s going to provide a huge upgrade on existing infrastructure.

The cable – named Equiano after Olaudah Equiano, a famous Nigerian author and abolitionist – will be the first ever to incorporate optical switching at the fibre-pair level, which will greatly boost internet speeds. Its higher flexibility also means it will be much easier to carry out repairs.

It will be fully funded by Google, meaning the company has full power over the timescale of the project and which business partners are involved.

A big part of the project will be the $50 million Africa Investment Fund, set up and controlled by Alphabet Inc (GOOGL.O). This money is to be invested in African start-ups who normally struggle to get capital from banks – even when credit is available, interest rates are often set at very high levels.

The $50 million will be divided as follows: $40 million to non-profit organizations who are focussed on improving the standard of living in Africa. Then, the additional $10 million will take the form of low-interest loans to help small businesses and entrepreneurs in Ghana, Nigeria, Kenya, and South Africa.

It’s not just business owners who will benefit. There are estimates that this boost to the region’s digital economy could lead to 1.7 million new jobs in Nigeria and South Africa by 2025.

Expansion as well as creation will be at the heart of the project. Last year, a project with Safaricom in Kenya allowed Google to distribute 4G-enabled phones to customer in instalments, working in tandem with operators MTN, Orange and Vodacom.

They intend to expand the focus of this agreement across more countries, including Nigeria, Kenya, Uganda and Ghana. It ties in with the previous two benefits outlined in the article: to get cheap but reliable internet to more people, and to invest in small enterprises in those countries.

Safaricom isn’t the only operator, either with plans to extend to other telcos such as Orange, Vodacom, MTN and Airtel.

Google may be about to become the key player in Africa, but other tech entrepreneurs have been there for a while. Firms backed by wealthy magnates such as Jeff Bezos and Mark Zuckerberg are already present, helping to drive tech growth there for the last decade or so.

Google’s new venture, though, is reaching new areas, such as directly funding African start-ups. The continent appears ready to embrace the benefits – and challenges – that big tech has brought to other parts of the world.

Common Causes Of Disabilities In Children

The End SARS Memorial Venues In Nigeria, Canada And London

GGeneral Tips
Social media has been in an uproar since the Finance Act Amendment 2019, as various persons took…
CCelebrities
Let’s talk about the winners of the Grammy Awards that took place in March, 2021.  Advertisements Did you…
GGeneral Tips
Advertisements Are you searching online for Nigeria Police complaint phone number, Whatsapp number, email address and verified social…
GGeneral Tips
Want to learn how to become a registered engineer in Nigeria? This page is for you. This…
BBanking And Finance
Where are my Apple smartphone users? This one is for you. Let’s talk about best loan apps…
GGeneral Tips
KPMG International Limited (or simply KPMG) is an Anglo-Dutch multinational professional services network, and one of the…