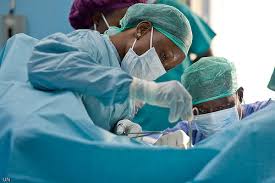 A medical doctor is a physician who holds a degree in Medicine, and is licensed by the relevant body to practice.

The medicine profession is regarded as one of the best and most profitable profession in the world. Since the role of doctors in the society is to save lives, they are expected to be paid handsomely right?

In Nigeria, the profession is one of the few fields you are guaranteed a Job after school and a good paying salary, but these days even some doctors are unemployed.

In this article, we will focus on the salary package of doctors in Nigeria from the entry level position to the consultant level.

After one has graduated from medical school, such person is expected to undergo one year of housemanship. Housemanship is similar to internship, which provides a platform where young graduates gets to work with more experienced doctors.

Housemanship Salary varies between ₦100,000–₦300,000 per month, depending on the Hospital you intend to complete your Housemanship.

It is expected that all students after graduation is called to serve his/her mother’s land, there are no exceptions to this.

After a one year compulsory Housemanship, a Doctor is required to undergo the National Youth Service Corps Scheme, hereinafter referred to as NYSC.

During the course of NYSC, after camping, doctors are deployed to hospitals in the state they are serving. Just like during house job, the stipend medical doctors receive vary heavily and depends on some factors including the location, the state and whether the hospital is Federal, State-owned or private.

On average, hospitals pay medical doctors between ₦50, 000–₦150, 000 during NYSC. Some doctors even work for free, settling for just Federal Government monthly allowance of ₦33,000.

The salary scale is based on the grade levels and years of expertise.

Medical officers earns around ₦150,000 – ₦200,000 per month, depending on whether they are employed by the Federal government or state government.

Resident doctors (registras) earns around ₦220,000 – ₦300,000 per month, depending on whether they are employed by the Federal government or state government.

Resident doctors (senior Registrars) earns around ₦260,000 – ₦470,000 per month depending on whether they are employed by the Federal government or state government.

A consultant earns around ₦450,000 – ₦800,000. A senior consultant could earn even more depending on whether they are employed by the Federal government or state government.

The Salary of Doctors in a Private hospital is relatively low compared to Doctors in Government hospitals.

However, apart from the basic salary, there are other financial benefits attached to working as a doctor in Nigeria. Such benefits include:

Have you been searching online for the salary scale of medical doctors in Nigeria? This page reveals the salary received by doctors of different grade levels.

HHealth
Do you want to know the benefits of neem leaves aka Dongoyaro? This page will tell you…
BBuyers Guide
A Handicapped child is a child who has a physical or mental impairment that is likely to…
HHealth
Although IVF is available in Nigeria, some persons still prefer to travel abroad to countries like the…
HHealth
The Heart is an important organ in the body that functions by pumping blood to different parts…
HHealth
A Nurse is a person trained to provide care for the sick. For lots of reasons, nursing…
HHealth
Are you searching online for doctors salary in USA, Canada, UK, Germany or Thailand? This is the…