Governors Salary And Allowances In Nigeria 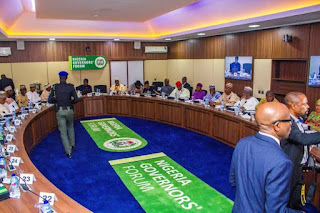 How much does a Nigerian Governor receive as salary per month? You asked.

In this post, we’ll discuss the full salary, allowances and benefits Governors of the 36 states of Nigeria receive every month.

In recent time, the subject of Governors salary and allowances in Nigeria have raised several eyebrows in the country. Especially on different social networking platforms. Several figures have come to make the people wonder why the people they appointed to lead them will be taking home such ridiculous amounts money.

What really is the job of governors in Nigeria?

The Responsibilities Of A Governor In Nigeria

A governor is a public official with the power to govern the executive branch of a non-sovereign or sub-national level of government, ranking under the head of state.

In federations, governor may be the title of a politician who governs a constituent state and may be either appointed or elected.

The Nigerian governors primary responsibilities are to:

Virtually all governors in Nigeria live luxurious lifestyle and this is telling on the economy of their states. It may be surprising to know that Nigerian governors only receive about ₦1,000,000 as salary on monthly basis. But the truth remains that the lifestyle they live is far above their earning.

Putting the statement above into consideration, a state governor in Nigeria is billed to earn a total of ₦11,540,896 per annum.

Just like every other civil servant, the governor is entitled to an annual leave allowance which is ₦222,370.50

The governor has an entitlement to 400% of his annual salary as a loan for vehicles and maintenance. Each of the 36 states also bears the medical expenses of the governor.

If a governor completes his tenure successfully, he is entitled to a gratuity of ₦6,671,115.

Aside from the amounts outlined above as contained in the Revenue Mobilsation Allocation and Fiscal Commission (RMAFC) package, the package does not set any kind of limit to the amount of estacode these governors can receive. Estacode talk about allowances given to the governors in foreign currencies when they go on foreign trips.

The governor is free to take any amount from the state coffer as remuneration for estacodes when on these foreign trips. The amount the governor can collect as Duty Tour allowance for any of his local tours is also not stated in the RMAFC package.

The only information contained in the RMAFC in this regard said that the estacode and Duty Tour Allowance would be made available to the governor each time he requests for it.

Here is full breakdown of the allowance and salary of the state governor in Nigeria:

Have you been searching online for Governors salary and allowances in Nigeria?

This page reveals the full salary, allowances and benefits of a Nigerian governor.

I hope you find this useful.

The Full Salary And Allowances Of A Nigerian Senator

BBanking And Finance
Are you searching online for Sokoloan customer care phone number, Whatsapp number, email address or social media…
GGeneral Tips
We’ve all been recipients of receipts bearing an amount with the description ‘VAT’. Advertisements So what is…
GGeneral Tips
The world is rapidly developing. While that is kind of a good thing, the negativity that comes…
DDiscussions
Advertisements Checkout the meaning of ‘Lórí író’, the catchphrase which has been trending on Nigerian cyberspace in…
CCelebrities
Are you searching online for Wizkid net worth in 2021? Check this out. Advertisements This page features…
GGeneral Tips
Here’s why loan apps request for your BVN. Your BVN is your Bank Verification Number. Every individual above 18…