Practical Wisdom To Protect Your Hard-earned Money From Internet Fraudsters (Yahoo Boys) In Nigeria: Don’t Be Caught Off Guard 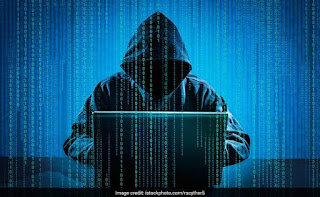 The internet (a.k.a the street) is never a funny place to be on your own without any form of protection. The hustle out there is real. If you don’t learn how the big sharks survive, even a far lesser fish with sharper teeth will eat you up.

If you must quit falling prey and losing money regularly, you must learn your predators’ (Yahoo Boys) thinking pattern, modus operandi etcetera.

The internet has no government. You are your own Chief security officer, DSS and so on. The G Boys know it. You should know it too.

If you have the time, you can also read how to easily identify scammers (fraudsters) on the internet.

How The Mind Of The Average Yahoo Boy Works

Here’s a few things you should know about the mindset of an average internet fraudster or scammer.

1. Yahooboys Have An Extreme Entitlement Mentality

They feel the world owes them sh*t for being lazy.

According to them, the reason they’re attacking the present day whites is because their ancestors still owe them money for slave trade deals, illegal minings and several other crimes committed years past.

They forget that while the whites may have actually deceived our people into slavery years ago, not everyone was deceived. Some fathers and kings sold their sons, daughters, siblings and kinsmen out of greed. Pure selfishness!

Even if the whites did those things in the past, for how long will their innocent children continue to pay for the crimes of their ancestors?

When attempts to extort the whites prove unsuccessful, that entitlement mentality comes to play again and forces the Yahooboys to turn against their own. Including family members.

All of a sudden, they start attacking their rich uncles and aunts for not helping them with money when they needed it.

To these guys, a rich family member automatically owes them money for school fees, iPhone, laptop, rent, clothes, feeding and so on.

Once you are rich, you owe them a whole lot. And if you fail to pay and continually pay, you become a target.

2. They Know It Is A Crime To Scam People, They Just Don’t “Believe” It Is.

What do I mean by this? An average Yahoo Boy knows that internet scam is a crime.

They know it is one because the Law or government says it is. Deep down in their hearts, they just don’t believe that it is actually a crime.

That is because they do not understand the level of pains their actions can cause. And when someone hasn’t fully come to the understanding that what he or she is doing is wrong, there’s absolutely nothing you can do to forcefully stop them from doing it.

I have seen individuals (elderly men and women, families) lose their life savings in an instant and start begging for survival. I have seen people die as a result of money for hospital bills being lost to fraudsters.

Yahooboys know such things happen. But they don’t have a clear understanding of how painful such situations can really be. They see everything as a game. Until it happens to them.

One would think that after killing an elephant, a Yahooboy would naturally stop hunting. But the reality is that even with such a big animal on his shoulders, the ant is still not safe, let alone the grasshopper.

They just don’t know when to stop hunting. Check Hushppupi, Obi and co.

It is not just how big the money is that forces fraudsters to stay in that line, it is how it is gotten- the easiness, the dominance and pleasure that comes from knowing you’ve outsmart someone and forcefully took what is his.

It’s the same psychology behind rape. It is not just the sex the rapists are after, they can get that nicely and consensually via dialogue.

It is the pleasure of overpowering someone and watching them lie at your mercy, helplessly begging you to stop.

So how do you avoid being in such ugly situations?

How To Always Stay Safe Online And Offline.

Do the following things regularly and you will be safe from fraudsters.

Cut Down On Your Greed

Greedy people are the easiest to scam in this world. They be manipulated, used and dumped, as many times as possible.

When you are greedy, you blindly follow road that leads to money. Even if it’s full of thorns.

If it’s so easy to have your money doubled in an hour or two, why hasn’t the advertiser gone to sell his father’s lands, houses and cars and put the money into the business. After all, in just a few minutes, they’ll make everything back and buy those properties again. Even better ones.

Why don’t they introduce their family members and relatives to it? Why must it be you whom they just met on the internet and don’t know from Adam?

You’ve got to wise up brother. Don’t let Ponzi Schemes (even though they don’t like admitting it’s a Ponzi Scheme from the beginning) send you square one.

Nobi everybody wey MMM carry go village don come back to Lagos o. Use your head.

Don’t be unfortunate. Put that greed in check before it ruins you!

You just bought iPhone 12, Gucci bags and have over N5million in your account. So? That’s enough reason to post your properties and financial details online in 2021?

How dumb can you be and still breathe?

Please bring your coconut head close let me give you a knock! Lol.

I need not tell you that displaying your wealth on social media is a sure way to attract all kinds of persons. Especially fraudsters. Be on your guard and put a stop to the habit.

Increase Your Financial Intelligence And Security

Don’t be ignorant. Avoid ignoring securing your accounts by all means.

Don’t allow anybody to register you on mobile banking, internet banking and start moving your money recklessly. Especially if he’s just a friend.

Visit the bank and get such things done. You’ll not only live long in this world, you will live with peace of mind.

Stay up to date with information on how yahooboys defraud people so as not to fall a victim. Be wise. Be vigilant. There are real sharks out here on the streets. Don’t be their favourite snack.

BBanking And Finance
Do you need an urgent loan to start or grow your business? Here’s how to get a…
GGeneral Tips
Are you searching online for service apartment in Ikeja, Lagos? You’ve come to the right place.  This page…
GGeneral Tips
Following the new directive by the Nigerian Communications Commission (NCC) and National Identity Management Commission (NIMC), mobile…
BBusiness
In a situation where you work at Walmart and an emergency spring that warrants you to call in…
CCelebrities
Are you searching online for Wizkid net worth in 2021? Check this out. This page features the…
GGeneral Tips
KPMG International Limited (or simply KPMG) is an Anglo-Dutch multinational professional services network, and one of the…