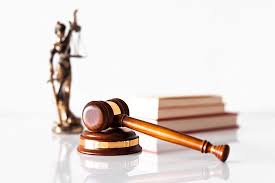 Are you searching for Nigeria’s most competent and successful lawyers to handle your case?

Then this article is for you.

Here, you will find the top 10 Nigerian lawyers who have over the years conquered difficult cases and are still doing well.

Barrister Ibrahim hails from Ondo State and was born in the month of February 1947. He is a barrister by profession, a politician, a philanthropist and also a business man.

He studied law and public administration in Obafemi Awolowo University. For his masters he went to Harvard University in Cambridge. He has the following investment in oil and gas, publishing, insurance, airlines, real estate.

San Babalola hails from Ekiti State and was born in October 1929. He studied in London and became a very influential lawyer in Nigeria.

Apart from being a lawyer, he is also a farmer and owns one of the biggest farm in Nigeria. He is the founder and owner of Afe Babalola University.

Babatunde Folawiyo hails from Lagos State. Even though he is a lawyer, he is also a business man. He is the managing director of Yinka Folawiyo Group.

He studied in London school of Economics. He also went to the University of London to obtain his LLB certificate in the year 1984. The Yinka Folawiyo Group of Companies became his own after the death of his father.

Adewale hails from Lagos State and was born in June 1967. He went to University of Liverpool, England where he obtained Bsc in Law 1988. After which he got his masters in Law in London School of Economics, United Kingdom, 1989.

Apart from being a lawyer, Adewale is also a business consultant. He is the Group Chief Executive of a big oil company in Nigeria, Oando oil. He had won awards like Africa’s Business Leader of the Year award in 2010 by the African Business Magazine.

He was also awarded “Africa Business Leader of the Year” in 2011 by Africa investor. He has been named a Global Young Leader by the World Economic Forum as the leading executive under 41 years in 2007.

Adewunmi is from Lagos State. He is one of the most famous lawyers in Nigeria who studied in the University of Kent, Canterbury, UK.

He is also a business man in insurance, intellectual property, oil and gas, and real estate. He became a SAN in the year 2016. He is the chairman of Trocadero Group of Companies.

Gbenga hails from Ado-Ekiti and was born in the month of March 1959. He studied law in Obafemi Awolowo University (OAU) where he obtained his LLB.  He obtained his master of law in University of Pennsylvania in 1982.

He is the chairman of Yamaha Motors Nigeria Ltd. He was once the president of Nigeria Bar Association in Business law. He is a core member of the chartered institute of Arbitrators and International Bar Association.

Olatunde is from Lagos state and was born in April 1967. He is a successful lawyer, a philanthropist and also a business man.

He got his LLB in Amadu Bello University and was immediately called to the Nigeria bar. Even though he is into business, his wealth are gotten from his legal profession as a legal adviser to top companies in Nigeria.

San Femi is from Ekiti State and was born in May 1958. He had contested for the governship election in Ekiti State but he lost. He studied law in Obafemi Awolowo University.

He has no other business as he is a full time lawyer. He makes his wealth from his profession, he is the father of the popular artist – Falz.

Have you been searching online for most powerful lawyers in Nigeria to handle your case? I hope you find this useful.

You can also check out Top10 Law Firms In Nigeria

How To Report Police Brutality In Lagos State, Nigeria (A Complete Guide)