Tuition-free Universities in the US, Canada, Germany, the UK, and Australia For International Students 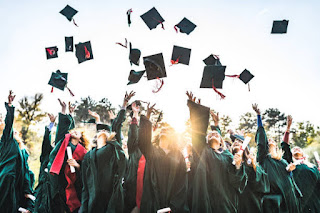 Are you thinking of schooling abroad?

Well, you are not the only one. Most young and middle-aged folks will jump at the opportunity of schooling in international universities.

However, the fact is that schooling abroad is such a huge expense. Though some countries have universities where international students do not need to pay tuition fees to study.

In this guide, I will be showing you some of these tuition-free universities in the US, Canada, Germany, the UK, and Australia.

Yes! You heard me correctly. 100% Tuition-free universities and scholarships for Nigerians and other International students in US, Canada, Germany, Australia and United Kingdom.

These are universities where students are not charged to enroll, pay for books or course materials, and tuition.

They do not cover living expenses which could be overboard in some of these countries.

1. Tuition-free Universities in the US

The US is home to most of the world’s top 10 Universities. There are some universities in the country that do not charge international students.

Some of these universities are:
The Webb Institute.

Canada is a popular choice for education because of its low cost of living, quality of life, and the job opportunities that come after.

Sorry to burst your bubble, there are no universities that are free of cost in Canada.

You can however study in Canadian universities for free through full tuition or fully funded scholarships and awards.

Some of them are:

Germany attracts about 400,000 international students per year, mainly because of its low cost of living.

International students have to get a resident permit, a good GPA, good test scores in IELTS, TOEFL, and German proficiency tests.

Germany has some universities that do not charge tuition, but they do not provide living costs and students are required to pay a semestral contributory fee for student union or support service.

4. Tuition-free Universities in the UK

The following are some of them:

Australia is home to diverse universities.
These gratis universities are sponsored by the government or by private individuals:

Do you dream of studying in the UK, USA, Canada, Germany or Australia?

I have successfully brought to you a large list of tuition-free universities in the US Canada Germany the UK and Australia.

You can log on to the websites and start your admission applications as soon as possible.

I hope this helped.

Know more
EEducation
John Lennon scholarship allows student songwriters and composers from a variety of musical backgrounds, such as alternatives, pop,…
EEducation
Education is a social institutes through which an individual can have knowledge to develop different skills and…
EEducation
Are you searching for scholarship for undergraduates in Nigeria? Advertisements Would you like to know the best…

Know more
EEducation
KFC Scholarship 2022  is available for employees at participating KFC locations in the United States. They can apply…
EEducation
Community health is a major field of study within the medical and clinical sciences which focuses on the…
EEducation
Advertisements Are you searching online for best Christian universities in Nigeria, USA or anywhere around the world? This…