5 Important Facts About Autism You Should Know 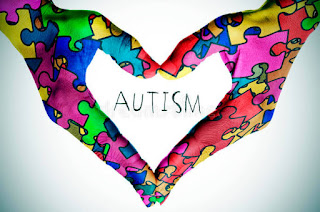 Autism, also known as Autism Spectrum Disorder (ASD) is a condition related to brain development that impacts how a person perceives and socializes with others, causing problems in social interaction, speech and nonverbal communication. The disorder also includes limited and repetitive patterns of behavior.

The term “spectrum” in autism spectrum disorder refers to the wide range of symptoms and severity which leads to an inability to function effectively in school, work, and other areas of life.

ASD is usually first diagnosed in childhood with many of the most-obvious signs presenting around 2-3 years old, but some children with autism develop normally until toddlerhood when they stop acquiring or lose previously gained skills. According to the CDC, one in 59 children is estimated to have autism.

Important Facts About Autism You Should Know

The following are some of the facts about Autism spectrum disorder you should be aware of:

1. The Cause Of Autism Is Still “Unknown”

Studies indicate the rate of autism is rising, but causes are not well-understood. Scientists have found rare gene changes, or mutations, as well as small common genetic variations in people with autism, implying a genetic component.

A growing area of research focuses on interaction of genetic and environmental factors. For example, a woman’s exposure to harmful contaminants during pregnancy may trigger a genetic mutation leading to autism in her child.

Other risks factors have been identified to be the cause of Autism, these are;

But these factors alone are unlikely to cause autism. Rather, they appear to increase a child’s risk for developing autism when combined with genetic factors.

Some children show signs of autism spectrum disorder in early infancy, such as reduced eye contact, lack of response to their name or indifference to caregivers.

Each child with autism spectrum disorder is likely to have a unique pattern of behavior and level of severity- from mild to severe and often change over time. Because of the unique mixture of symptoms in each child, severity can sometimes be difficult to determine. It’s generally based on the level of impairments and how they impact the ability to function.

Below are some common signs shown which fall into two categories.

This includes difficulties in normal back-and-forth conversation, poor eye contact and lack of facial expression, resists cuddling and holding, and seems to prefer playing alone, retreating into his or her own world, doesn’t express emotions or feelings and appears unaware of others’ feelings, has difficulty recognizing nonverbal cues, such as interpreting other people’s facial expressions, body postures or tone of voice and others.

Restricted and repetitive patterns of behaviors, interests or activities:

This includes repetitive movements, such as rocking, spinning or hand flapping, fascinated by details of an object, such as the spinning wheels of a toy car, but doesn’t understand the overall purpose or function of the object, unusually sensitive to light, sound or touch, yet may be indifferent to pain or temperature, being overwhelmed with loud noises and others.

As they mature, some children with autism spectrum disorder become more engaged with others and show fewer disturbances in behavior.

Some, usually those with the least severe problems, eventually may lead normal or near-normal lives. Others, however, continue to have difficulty with language or social skills, and the teen years can bring worse behavioral and emotional problems.

Early diagnosis and treatment are important to reducing the symptoms of autism and improving the quality of life for people with autism and their families.

3. There Is No Medical Test For Autism

There is no medical test for autism. It is diagnosed based on observing how the child talks and acts in comparison to other children of the same age.

Trained professionals typically diagnose autism by talking with the child and asking questions of parents and other caregivers, give the child tests covering hearing, speech, language, developmental level, and social and behavioral issues, present structured social and communication interactions to the child and score the performance, recommend genetic testing to identify whether the child has a genetic disorder etc.

4. There Is No Medical Cure For Autism

No cure exists for autism spectrum disorder, and there is no one-size-fits-all treatment.

The goal of treatment is to maximize the child’s ability to function by reducing autism spectrum disorder symptoms and supporting development and learning.

Now that we know what Autism is all about, we’ll move on to see other things to know about Autism Spectrum Disorder (ASD)

The rate of autism has steadily grown over the last 20 years, ASD now affects 1 in 68 children. Boys are nearly 4 times more likely than girls to be diagnosed with ASD.

ASD isn’t specific to one race, ethnicity or socioeconomic group. Autism spectrum disorder affects all nationalities, all creeds, all religions, all races and both sexes. It doesn’t differentiate or affect only one group or another.

There is no known cure for autism, nor do people “outgrow” it.﻿﻿﻿﻿﻿ Autism is a lifelong diagnosis. While people are often diagnosed with ASD as children, they are affected throughout their lives.

However, there are several interventions that can help children learn important skills that improve everyday life. The earlier autism spectrum disorder is diagnosed and treated, the better the outcomes are.

It affects each person differently, not all people with Autism are the same. Autism is also known as a spectrum disorder precisely because it is characterized by a broad range of symptoms and abilities. Which means that every child with ASD has different skills, challenges, and needs. Each child with autism spectrum disorder is a unique individual.

Many people with autism spectrum disorder are already successfully living and working and contributing to the well-being of others in their local communities.

This is most likely to happen when appropriate services delivered during the child’s educational years.

People with ASD have feelings and emotions. They are capable of feeling and expressing love and also getting hurt.

They may need help developing empathy, but if properly explained, a person with Autism can respond with true empathy. Therefore, they shouldn’t be stigmatized or segregated from the society because they are also only human.

How To Get Moniepoint, Opay and PAGA POS In Nigeria (Application Guide)

HHealth
This page reveals the 5 major categories of medical instruments used in general surgery.  As with every…
HHealth
Are you interested in knowing the cost of Cosmetic Surgery in US, Canada, Germany, the UK, or…
HHealth
Are you searching online for Nurses salary in United States, Canada, the UK, Germany or Thailand? This…
BBuyers Guide
Here is a list of the best mobility aids for stroke patients to buy online. Read on…
HHealth
Do want to learn about Leukaemia disease, it’s treatment and survival rate? You’re at the right place. This…
HHealth
Mesothelioma is a type of cancer that occurs in the thin layer of tissue that covers the…