Comedy has become quite the lucrative business recently, following its transition from stand-up performances to online videos and skits. There have been a lot of online comedians, however, there are some of the more popular ones and this article is about one of them. 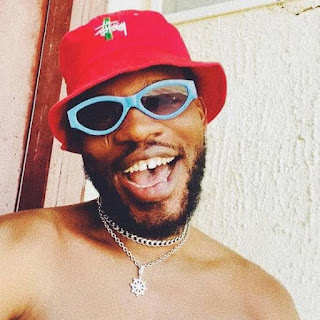 Who is Broda Shaggi?

If you are a social media user, you certainly must have heard of the ‘Fine boy Agbero’.

You’d not find Broda Shaggi on his official papers. His real name is Samuel Animashaun Perry.

He is a comedian, songwriter, artist, an actor and a voice-over artist.

He is also a musician with 2 EPs and several singles.

His parents hail from different parts in Ogun State and were both teachers.

But after the death of his father, he moved to Heritage Primary School. He was involved in extracurriculars such as cultural displays, plays and fine art in school.

After his secondary education, he relocated to Lagos, and obtained a degree in Visual Arts from UNILAG.

Although he always had a flare for acting and comedy, he took his talent seriously in the University.

The entertainer confessed that he began online comedy out of poverty.

Now, making people laugh is his full-time job and he aims to affect people’s lives with comedy.

In the skits, he plays the role of a tout who ends up in trouble because of his exaggerated smarts.

Initially, he adopted different characters such as Prof Dele, Inspector Perty and Akanni Ibadan, but one day on a visit to the mechanic shop, he got inspired from watching the display of some touts to create and develop the character now known as Broda Shaggi.

His big break was the video ‘Jesus appeared in Mushin’, which attracted views, comments, a lot of shares and brought the spotlight on Samuel Perry.

2018 saw the opening of his YouTube channel which currently has over 1 million subscribers with about 129.7 million views.

Broda Shaggi is currently single and not mingling. He doesn’t have a wife yet.

There have been rumors about a relationship with Aunty Shaggi and a love interest with DJ Cuppy which have been debunked.

Mercy Aigbe’s recent revelation of her relationship with the comedian was shocking, but it has neither been confirmed nor denied by Broda Shaggi.

Broda Shaggi is quite silent about his personal life. Although it is known that he lives in Lagos, the number of houses he has is unknown.

However, we do know that he possesses a Range Rover and a Benz  G Wagon.

His wealth comes from his different talent pools; his YouTube channel, acting roles, and music.

In addition to all these is a fleet of endorsement deals with Shalina Health Care, Fone.ng, Globacom, Trade dad’s, Merrybet Gold Ltd, and Predator Energy drink.

Personally, I like a lot of his videos, but some of the most viewed videos are: