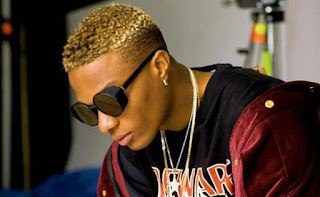 Are you searching online for Wizkid net worth in 2021? Check this out.

This page features the exact amount the Nigerian music star is currently worth. Read on to learn about it.

While many musicians around the world are going bankrupt as a result of the effects the Covid19 pandemic, many Nigerian musicians don’t seem to be affected by it at all.

Take for instance Davido who just got himself a brand new Lamborghini car and Wizkid whose recent song has been buzzing the internet space.

Also known as Starboy, Wizkid is not just your average musician. The guy is super rich. As a matter of fact, he ranks very high among the richest musicians in Nigeria. Only Don Jazzy is richer than the musician based on his 2021 net worth.

This is one question Wizkid fans and everyone else is asking online. Especially now that the coronavirus pandemic has reduced how much most entertainers earn per year.

According to Forbes and other top financial institutions, Wizkid net worth is about $20 million. In the Nigerian currency, this is about ₦7,650,000,000.

Did I just hear you say so much money? Yes, that’s so much money Wizzy has got up there. Little wonder he lives the luxurious life he is known with.

But how come about this so much money? How did the starboy make his money?

You will find out as you read on.

As you may be expecting, Wizkid’s primary source of income is his music. With over 5 albums in the market, the top Nigerian music maker is sure of very large amounts of money coming into his account every year.

His music videos on Youtube and several other platforms are still generating lots of money for him on a daily basis. Especially “Fever” the music video in which he featured Tiwa Savage, a top Nigerian female musician.

Another way Starboy WizKid earns his money is via endorsement deals. Being the second most followed Nigerian celebrity on social media, it is not a surprise that numerous companies are always struggling to have the young musician put down his signature to become the face of their companies.

In 2012, he was reported to have signed an endorsement deal worth about $350,000 with Pepsi. This deals took him round the world for the shooting of Pepsi commercial videos.

The following year he signed another endorsement deal with Nigerian top telecommunication network, MTN. This deal was said to be worth several millions of Naira.

In the same year, the musician signed another endorsement deal with Guinness worth millions of Naira. He also had his deal with Pepsi renewed for two years the same year.

Fast forward to 2015, Wizkid was reported to have signed an endorsement deal with MTN that saw him take home about ₦128 million.

He also signed a deal with Dolce & Gabbana worth ₦7.2 million. Following this is a deal with Nike worth ₦743 million. This deal lasted for 5 years.

The musician’s greatest deal came in 2019 when he signed an endorsement deal with United Bank for Africa (UBA) worth $1 million. This is biggest deal to have ever being signed by an artist not just in Nigeria but Africa as a whole.

Apart from the huge money the music star got from this endorsement deal, he also got the opportunity to travel round the world for the shooting of the UBA commercials. The deal also saw him rolling with the top elites in the country. People like Tony Elumelu, the UBA chairman.

Wizkid has continued to sign deals with top companies around the world and do collaborations with world renowned music icons that fetch him millions of Naira per year.

A proof of this is his fleet of very expensive cars and houses in and outside of the country. You will find some of these below.

Like his counterparts in the Nigerian music industry, Wizkid is the owner of several luxurious cars and mansions. Of course the Starboy is rich enough to afford any car or house he wants without breaking a sweat.

Here is a list of his cars and houses within and outside of Nigeria:

As seen from the list above, his most expensive car at the moment is the Lamborghini Urus which is actually his newest car. Based on the information we have about the car, the music star has to spend about ₦101 million to purchase the vehicle.

Does Wizkid own a Rolls Royce?

Though rumour has been making rounds on social media about the musician acquiring a Rolls Royce, the truth is that nothing of such has happened yet. Of course Wizkid is so rich that he can afford a Rolls Royce if he wants one, but at the moment he hasn’t done that yet.

With that said, let’s take some moments and talk about his houses in and outside of Nigeria.

Presently, Wizkid is attributed to own a total of 3 houses. The first one is a 3-storey building located in Los Angeles, California, United States of America. This house is estimated to be worth between $10 to $15 million.

The second one is a ₦68 million building located at Lekki, Lagos, Nigeria. Though many erroneously assume that the house is in Banana Island, Lagos.

The last house owned by the musician is a ₦13 million mansion in Surulere, Lagos. This house is quite beautiful even though it is the cheapest among his houses.

Wizkid net worth in 2021 is estimated to be between $20m – $30 by most financial organization around the world. The musician is one of the biggest music stars in the African continent.

He is the CEO of Starboy Records, one of Nigeria’s biggest music recording label. He is also linked to a few other brands from which he earns very huge amounts of money every year.

Have you been searching on Google for how much the “Starboy” is worth currently?

I hope you this meets you well.