Elon Musk Biography, Companies and Net Worth in 2021 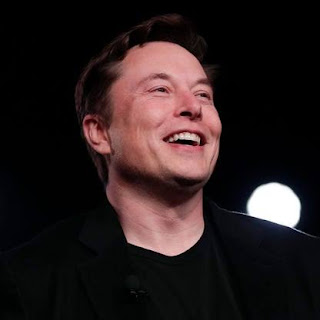 Have you read of the richest men in the world? Well, Elon Musk is one of them.

From his popularity as owner of Tesla to Crypto currency influencer, you hear people asking, who really is Elon Musk?

This article contains almost everything you need to know about Elon Musk. His Biography, Companies and Net worth.

Who is Elon Musk?

He is the founder, CEO, and Chief Engineer at SpaceX, maker of launch vehicles and spacecraft; CEO, and Product Architect of the electric car manufacturer Tesla Inc.; founder of The Boring Company; and co-founder of Neuralink and OpenAI.

Elon Musk is one of the richest people in the world.

His parents divorced when he was 10. After which he went to live with his dad, a decision which he later regretted.

Around age 10, Musk developed an interest in computing and vi deo games and acquired a Commodore VIC-20 and

At age 12 he created a video game and sold it to a computer magazine.

In 1988, after obtaining a Canadian passport, Musk left South Africa because he was unwilling to support apartheid through compulsory military service and because he sought the greater economic opportunities available in the United States.

He attended Queen’s University in Kingston, Ontario, and in 1992 he transferred to the University of Pennsylvania, Philadelphia, where he received bachelor’s degrees in physics and economics in 1997.

In 1995, Musk was accepted to a Doctor of Philosophy (Ph.D.) program in Mate rials Science at Stanford University in California. Musk attempted to get a job at Netscape but never received a response to his inquiries.

He dropped out of Stanford after two days, deciding instead to join the Internet boom and launch an Internet startup.

In 1995 he founded Zip2 , a company that provided maps and business directories to online newspapers.

In 1999 Zip2 was bought by the computer manufacturer Compaq for $307 million, and Musk then founded an online financial services company, X.com, which later became PayPal, which specialized in transferring money online.

In 1999, Elon and Kimbal Musk used the money from their sale of Zip2 to found X.com, an online financial services/payments company.

An X.com acquisition the following year led to the creation of PayPal as it is known today.

In October 2002, Musk earned his first billion when PayPal was acquired by eBay for $1.5 billion in stock. Before the sale, Musk owned 11 percent of PayPal stock.

Musk then decided to start a company that could build affordable rockets. With $100 million of his early fortune, Musk founded Space Exploration Technologies Corp., traded as SpaceX, in May 2002.

As of 2021, he remains the company’s CEO and also holds the title of Chief Engineer.

After three failed launches, SpaceX succeeded in launching the Falcon 1 in 2008. It was the first private liquid-fuel rocket to reach Earth orbit.

Later that year, SpaceX received a $1.6 billion Commercial Resupply Services program contract for 12 flights of its Falcon 9 rocket and Dragon spacecraft to the International Space Station, replacing the Space Shuttle after its 2011 retirement.

In 2012, the Dragon vehicle berthed with the ISS, a first for a private enterprise. Working towards its goal of reusable rockets, in 2015, SpaceX successfully landed the first stage of a Falcon 9.

The company enjoyed another milestone moment in February 2018 with the successful test launch of the powerful Falcon Heavy rocket.

For the test launch, the Falcon Heavy was given a payload of Musk’s cherry-red Tesla Roadster, equipped with cameras to “provide some epic views” for the vehicle’s planned orbit around the sun.

In 2020, SpaceX launched its first manned flight, the Demo-2, becoming the first private company to place a person into orbit and dock a crewed space-craft with the ISS.

A second set of test satellites and the first large deployment of a piece of the constellation occurred in May 2019, when the first 60 operational satellites were launched.

In addition to being CEO of SpaceX, Musk was also chief designer in building the Falcon rockets, Dragon, and Grasshopper.

As the co-founder and CEO of Tesla, Elon leads all product design and development, engineering and global manufacturing of the company’s electric vehicles, battery products and solar energy products.

Since the company’s inception in 2003, Tesla’s mission has been to accelerate the world’s transition to sustainable energy.

The first Tesla product, the Roadster sports car, debuted in 2008, followed by the Model S sedan, which was introduced in 2012, and the Model X SUV, which launched in 2015.

Model S received Consumer Reports’ Best Overall Car and has been named the Ultimate Car of the Year by Motor Trend, while Model X was the first SUV ever to earn 5-star safety ratings in every category and sub-category in the National Highway Traffic Safety Administration’s tests.

In 2017, Tesla began deliveries of Model 3, a mass-market electric vehicle with more than 320 miles of range, and unveiled Tesla Semi, which is designed to save owners at least $200,000 over a million miles based on fuel costs alone.

In 2019, Tesla unveiled Cybertruck, which will have better utility than a traditional tru ck and more performance than a sports car, as well as the Model Y compact SUV, which began customer deliveries in early 2020.

In 2016, Tesla became the world’s first vertically -integrated sustainable energy company with the acquisition of SolarCity, the leading provider of solar power systems in the United States, and in 2017 released Solar Roof – a beautiful and affordable energy generation product.

In January 2017, Musk launched The Boring Company, a company devoted to boring and building tunnels in order to reduce street traffic.

He began with a test dig on the SpaceX property in Los Angeles. The Boring Company built a 1.15 mile R&D tunnel in Hawthorne, and is currently constructing Vegas Loop, a public transportation system at the Las Vegas Convention Center.

Elon is also CEO of Neuralink, which is developing ultra-high bandwidth brain-machine interfaces to connect the human brain to computers.

The devices will also reconcile with the latest improvements in artificial intelligence to stay updated.

Such improvements could enhance memory or allow the devices to communicate with software more effectively.

At a live demonstration in August 2020, Musk described one of their early devices as “a Fitbit in your skull” that could soon cure paralysis, deafness, blindness, and other disabilities.

Many neuroscientists and publications criticized these claims; MIT Technology Review described them as “highly speculative” and “Neuroscience Theater”.

Elon Musk proves that it pays to be a man with a plan. There is no doubt that he’s worked hard to make himself the richest man in the world.

He is a brilliant creator of extraordinary vision and capability and his work ethic is fueled by his passion.

He loves what he’s doing, because he does what he loves. He is audacious and not afraid to think big and always ready to take risks.

RRichest People
Want to know the richest Alfa in the country presently? You’re at the right place. This page reveals…
RRichest People
Want to learn about the richest politicians in Nigeria presently? Read on. This is good news for aspiring…
RRichest People
Deputy Governors are the second citizens of a state, the position confers honor and prestige on the occupant.…
CCelebrities
Nigeria is home to many influential preachers; from across different denominations and backgrounds. There are certain of them…
RRichest People
This page features the top 10 most powerful kings in Africa. You can as well refer to them…
AAutomobiles
Check out Davido’s car collection in display as he moved through the streets of Lagos, Nigeria. These photos…