Want to know the top 10 best Instagram comedians in Nigeria? You are at the right webpage. This article features the funniest Nigerian comedy skit makers on Instagram, Facebook, YouTube, TikTok and other social media platforms.

The lockdown period during the pandemic in 2020 brought great recognition to the world of comedy. Most especially for skits makers in various social media platforms.

This has remained till today. Many of such social media comedians have received several recognitions for providing entertainment to fans.

Since the inception of Instagram, Facebook, TikTok and YouTube, the Nigerian comedy scene among others has benefited from these platforms as they do not have to depend only on gatherings and shows to reach their viewers.

The competitiveness among Nigerian Instagram comedians has seen the comedy scene improve rapidly as the creativity among them have seen most who couldn’t keep up with the changes get knocked off the radar.

With this in mind, below are the top 10 Nigerian Instagram comedians in no particular order. 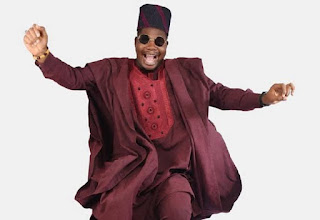 Always improving his act and staying at the top of his game, Mr. Macaroni has made himself a presence to behold in the comedy industry.

Known for his popular phrases ‘Freaky Freaky’, ‘You are doing well’, ‘ooin’, Mr Macaroni whose real name is Debo Adebayo has over one million, six hundred thousand followers on Instagram.

With over six million followers on Instagram, Samuel Animashaun Perry a.k.a. “Broda Shaggi” is arguably one of the best Nigerian Instagram comedians.

His impressive role of impersonating the character of a typical Nigerian street thug popularly known as Agbero has made him outstanding in the industry.

One of the Nigerian comedy industry’s content queens, Maryam Apaokagi aka “Taaooma” is known for her signature slap.

Taaooma, with her unique skits that portrays the relationship between African parents and their kids has garnered over one million, eight hundred thousand followers on Instagram

Egere Sydney who is known as “Sydney Talker” has one of the most hilarious facial expressions in the industry as it can make you laugh your lungs out before he even says a word.

Although his COVID19 scandal served as a hindrance at some point, he was able to rise the fray to take his spot as one of the top Nigerian Instagram comedians boasting over two million followers on Instagram.

Ogunleye Olamide Babatunde aka “Oluwa Dolarz” is known for his unique style of comedy as he involves his mother and siblings, Intelligent Tope, and Ayomide in producing videos that portray actual life experiences. The comedian has since garnered over two million followers on Instagram.

Inspired by the everyday life in Nigeria, Gloria Olorunto popularly known as Maraji is one of the Nigerian comedy industry’s content queens with her unique style of playing different characters at once.

One of the funniest Nigerian Instagram comedians, Josh Alfred aka Josh2funny is known for his cross-dressed skits, playing the role of Mama Felicia- a middle-aged Nigerian woman.

The comedian boasts of over one million, nine hundred thousand followers on Instagram.

Known for his hilarious rants and Snapchat filter, Lasisi Elenu is the number one ranter and MC in the comedy industry.

With over three million followers on Instagram, Lasisi’s multiple roles including an angry man, ‘Sinzu Money- the Yahoo boy’, and many others have stood him out in the industry.

Emmanuel Ogonna Iwueke who is known as “Craze Clown” has over 2 million Instagram followers.

Craze clown is one of the most famous and talented Nigerian comedians. The way he dresses like an old man in his agbada, has made him stand out among others.

He has signed deals with brands like nairabet, and has also won numerous award such as Naija FM comedy awards among others.

Mr. Funny or Oga Sabinus whose full name is Emmanuel Chukwuemeka Ejekwu, is also referred to as a mumu man because he always gets into trouble for not minding his business in his comedy skits.

Mr. Funny is one of the most popular online comedians in Nigeria and has over 9 hundred thousand followers.

These are some of the best Instagram comedians in Nigeria presently. Other worthy mentions who are also seen as some of Nigeria’s funniest skit makers are Officer Woos, MC Lively and so on.

You can also tell us who is your favourite in the comment box below.