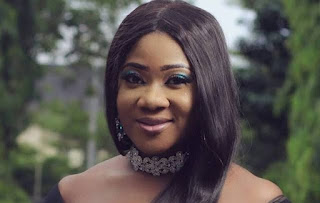 “Mercy Johnson’s Net Worth In Dollars” ranks among the most searched keywords concerning the A-list Nigerian actress, chef and super mum of 4 kids.

Since her marriage to Prince Okojie, Mercy Johnson has managed to keep basic details about herself and family from the online world.

This is the major reason only a few reliable sites like ours, can accurately tell you how much the Nollywood diva is truly worth presently.

So yes, let’s talk about Mercy Johnson’s Net Worth in dollars. But before that, let’s discuss her biography and upbringing, and quick rise to fame.

A little about Mercy Johnson Okojie

The Nollywood actress was born in Lagos state on the 28th of August 1984, to Mr. Daniel and Mrs. Elizabeth Johnson, natives of Okene, Kogi state.

Her father’s job caused him to be transferred a lot, so she began her primary school education in Calabar and completed it at the Nigerian Navy Primary school in Lagos.

Her secondary education was in Rivers State at the Nigerian Navy Secondary school, Port Harcourt.

Mercy auditioned for her first role in ‘The Maid’ after her secondary school and since then, she has featured in over a 100 movies.

The talented actress is known for bringing energy, originality, and passion which makes characters come alive. However, off-set, she is said to be reserved, yet jovial and classy.

Her raw talent has made her become a big-screen actress.

In 2011, she was recognised as Google’s most-searched Nigerian Celebrity.
In the same 2011, Mercy Johnson got married to Prince Odianosen Okojie, a renowned hotelier, politician, and prince, with whom she currently has 4 children.

Mercy Johnson’s Net worth in dollars

Mercy Johnson currently has a net worth of 2 Million dollars accruing from her salary and endorsement deals.

She is the brand ambassador for both Pennek Nigeria limited and Chi Ltd’s Hollandia evaporated milk.

She is the Senior Special Assistant to the Kogi State Governor on Entertainment, Arts, and Culture.

Mercy is also a highly paid actress and she is presently a movie producer and director.

Mercy Johnson is known to be very philanthropic. She is the owner and founder of Mercy Jo hnson Okojie foundation which is focused on helping less privileged widows.

She has a mansion, located at Thomas Estate, Ajah Lagos, which is estimated at N200 million. The house has 6 bedrooms, a terrace, a bar, a gym, and a swimming pool.

Mercy has an exotic fleet of cars. Below is a few of them:

While we no longer see this movie magic creator frequently on our screens like in the past, she’s still one of Nollywood’s most celebrated female stars.

So now you know Mercy Johnson’s net worth in dollars.