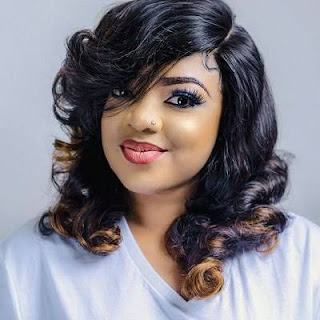 Currently, the Nigerian movie industry is seeing its biggest boom with many actors and actresses attaining International fame and doing well in their personal lives. If you are a fan of Nollywood movies, you definitely would have heard the name Tayo Sobola.

The widely loved actress who is popularly known as ‘Sotayo Gaga’ is a versatile personality that brings the energy and liveliness that her fans love to every movie project.

This article is specially dedicated to bringing you information concerning Tayo Sobola age, husband, child, houses, and net worth.

Tayo Sobola is a Nigerian actress who is famous for her roles in both English and Yoruba movies.

In addition, she is a movie producer, a philanthropist, and an entrepreneur.
She is the founder of Clean stitches, a clothing line that was launched in 2018, and the owner of Pop it cosmetics.

Tayo was born on December 28, 1985 – which makes her 36 this year.
She was born to a bi-religious union of a Muslim mother, and a Christian father, which made her refer to herself as a ‘chrislim’ if there is ever such a word.

Tayo says she lived with her mother who was overprotective of her and kept her mostly indoors; she was restricted from visiting relatives and other outdoor activities. Her mum was so stringent that she was nicknamed ‘Thatcher’.

To young Tayo, all these were acts of wickedness, but as she grew into adulthood, she realised how her mother’s strict training helped her character development.

She attended the Lagos state university where she earned a diploma in Law and furthered her education at Olabisi Onabanjo University, graduating with a Bachelor’s degree in Public Administration.

In an interview, she shared how her career choice displeased her mother who thought that it was a sign of waywardness, but she was persistent until she finally gained the support of her mother, who is currently late.

Tayo began her vocation as a model and moved on to be a music video vixen. Thereafter, she became a TV presenter before she was introduced to the actors guild by Emeka Okoro.

She started acting in English movies before she began featuring in Yoruba movies, however, she has a preference for English movies.

She has acted in scores of movies including Idakeji ife, Egan, Bella, Arewa onijogbon, Ojuloge obinrin. As a movie producer, she recently released a movie titled ‘Corper Jide’, which she said was inspired by her experience with sexual harassment and it was her most challenging movie…yet.

Tayo Sobola likes to keep her private life away from the public.

Although there have been speculations about the identity of her husband and about her being pregnant in 2019, she is yet to reveal who her husband is save for the few details she allows the media to chew on.

She revealed that she had known her husband -who she mysteriously calls Mr. P- for 7 years before they got married and that he is not in the movie industry.

Very little is known about her family life or if there is a child.

Apart from being an actress, Sotayo Gaga is a successful businesswoman and amidst the rumours of her illegal money-making, it is obvious to see that she works hard to earn hard.
She has a net worth of $550,000, currently N226 million.

She signed an endorsement deal with Glee stores in 2018 and with Candyz travel and tours in 2019.

She has a multimillion naira production studio with the latest gadgets, cameras, and editing suite.

Her Cosmetic stores and clothing line are also a trend.

The dynamic actress has a thing for flashy cars. She has a Range Rover Evogue and a Mercedes Benz G Wagon.

In summary, Her hard work and raw talent have easily made her one of the richest and most influential Yoruba actresses in Nigeria and though she likes to shy away from the public eye, we have brought you information on Tayo Sobola age, husband, child, houses and net worth.